We have all heard the famous expression about how karma will get you back. Sometimes we hear stories that prove that this is seriously the case in many situations. Such was the case when a woman who was working as an Uber driver found out that her man was not being faithful to her. The woman shared the story on Twitter, and it has quickly gone very viral.

@Msixelaa shared the story of picking up her boyfriend’s mistress and finding out that she was being cheated on in real time. The Internet has gone absolutely wild with reactions, and have even dubbed her #UberBae after reading her story. Although the context of the story is not funny, @Msixelaa’s presentation of the story is absolutely hilarious.

Here is a recap of some of the best parts of the story, in her own words:

Can you believe that? The boyfriend not only lied to her, but has included his mother in the lie. We wonder if his mother knows about this.

She sweetly stayed over in order to comfort her man, thinking that he would be rattled by the fact that his mother was in the hospital. Lies, lies, lies.

Meanwhile, she had absolutely no idea that the girl she was driving was actually talking about the very same man she had just spent the morning with.

Before she knew that the woman was seeing her boyfriend, she was kind to her, and even offered her bottled water. We all know that only the best Uber drivers offer out bottled water.

In a very short amount of time, the Uber driver would soon make the horrible realization about what was happening. 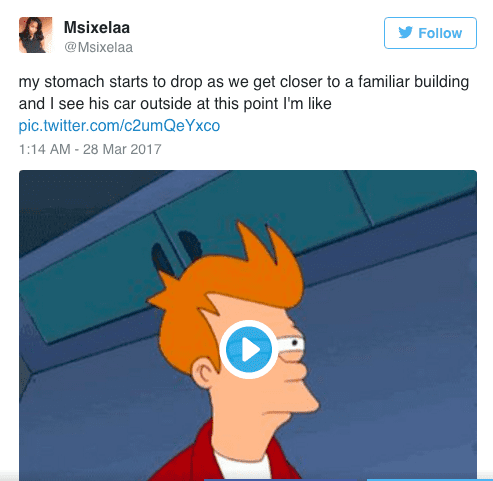 As they pulled up to the building, the Uber driver finally realized that she was driving this girl to her boyfriend’s house. Which meant the worst…

Shortly after, the three took part in an altercation which quickly got physical.

Obviously, the Uber driver began to get emotional. However, every bad story has a silver lining.

As she was driving away, she realized that the mistress’s luggage was actually still in her car.

The moral of the story is, if your man is going to cheat on you, at the very least get some luggage out of the situation.

A Horse Ranch Was Destroyed By Wildfires, But All The Animals Miraculously Survived

Wildfires have been raging across many parts of America, destroying everything in their path. ...

Ever since Camp Fire broke out, firefighters and aid workers have been working night and day to ...

Dinosaurs are one of the world's greatest mysteries which humans have spent years researching, ...