New Jersey governor Chris Christie has caused quite a stir as he was caught attending the very same public beach that he closed down to the public during the holiday weekend. Aerial photographs of him and his family enjoying the beach have emerged and quickly spread across the Internet as New Jersey residents are furious that they were not allowed the same privilege of spending time at the beach during this extended weekend.

The governor decided to close down all public beaches, state parks, as well as historic sites, over the Independence Day weekend due to a budget standoff. However, it seems as though he made this rule for everyone but himself and his family, as they decided to take advantage of the empty beaches to have a lovely private tanning session at one of the very same beaches that was closed down to the public.

News quickly spread all over social media sites such as Twitter and Facebook, and the story was then picked up by major news publications shortly thereafter. When asked about the situation and whether he got any sun that day at a press conference, Governor Christie said, “I didn’t. I didn’t get any sun today.” 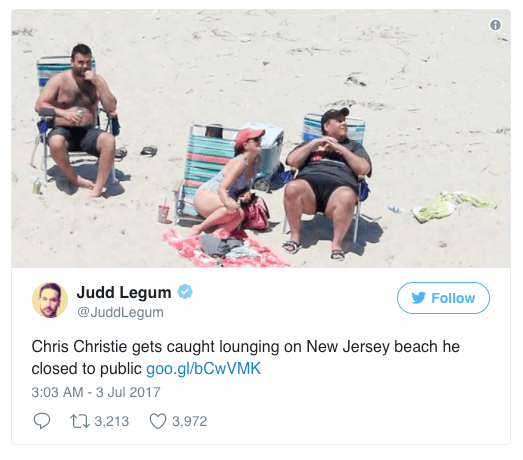 Once the photos came out proving otherwise, his spokesman tried to recover the situation by releasing the statement that: “Yes, the governor was on the beach briefly today talking to his wife and family before heading into the office. He did not get any sun. He had a baseball hat on.”

The governor later commented that he was acting within his rights as the governor, saying that: “That’s because the governor has a residence at Island Beach. Others don’t. It’s just the way it goes. Run for governor and then you can have the residence.”

He also stated that he did not feel that he had to cancel his previously planned family vacation since he would not be using any of the services that would normally available had the beaches not been closed. 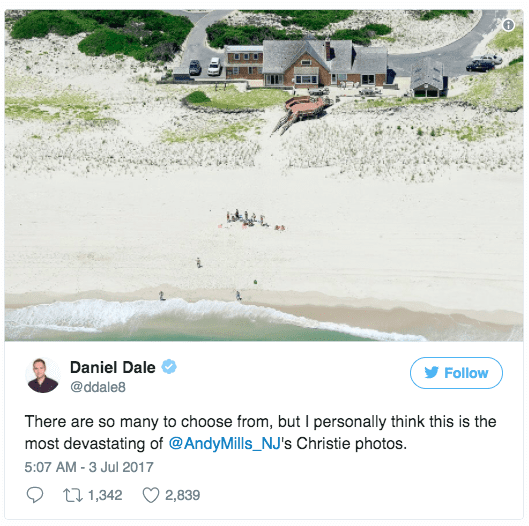 In an act of kindness and altruism, a man from Utah has been recycling old, out-of-use coolers and ...

An amazing miracle of modern medicine occurred when a woman gave birth to an embryo that has been ...