In a statement from his Arizona office and the Mayo Clinic on Wednesday, it has been announced that John McCain has a brain tumor. 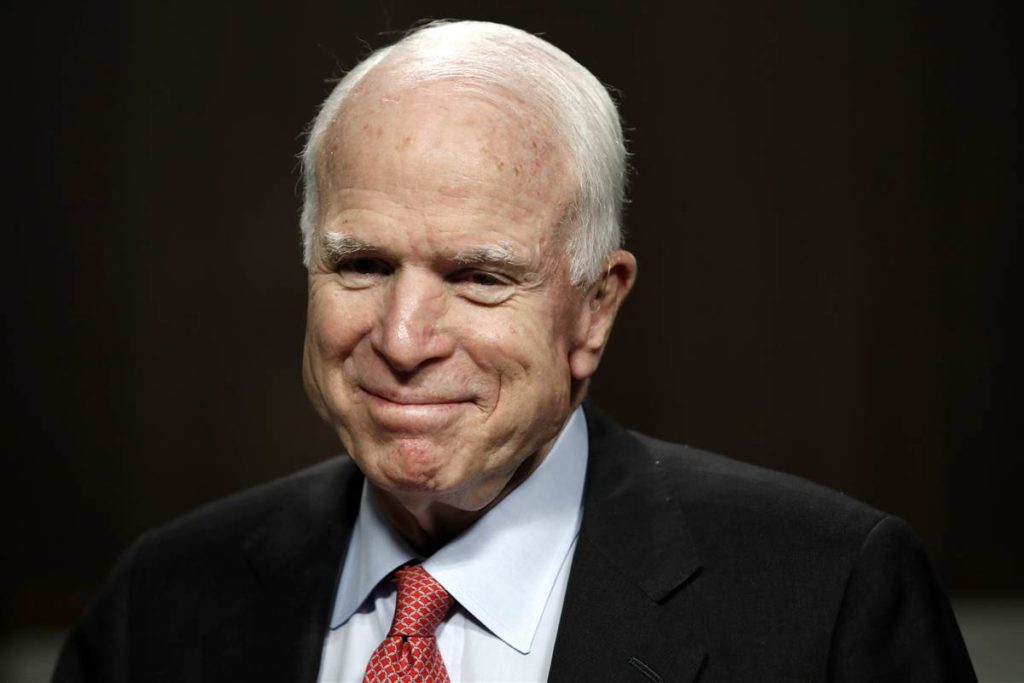 The Mayo Clinic announcement says, “On Friday, July 14, Sen. John McCain underwent a procedure to remove a blood clot from above his left eye at Mayo Clinic Hospital in Phoenix. Subsequent tissue pathology revealed that a primary brain tumor known as a glioblastoma was associated with the blood clot. Scanning done since the procedure (a minimally invasive craniotomy with an eyebrow incision) shows that the tissue of concern was completely resected by imaging criteria. The Senator and his family are reviewing further treatment options with his Mayo Clinic care team. Treatment options may include a combination of chemotherapy and radiation.”

The statement was released at the request of McCain, whose doctor says his recovery from the procedure is going “amazingly well.” Though the senator had complained of some double vision and brain fog prior to the surgery, he reports no headaches or balance issues since his discharge on Saturday.

The long-time senator and two-time Republican presidential candidate has had a history of the skin cancer melanoma, which were removed in several surgeries over the years, 1993, 2000 and 2002. There is some risk that melanoma will spread to the brain, which is why doctors may have been doing the scan that uncovered the clot.

McCain’s wife Cindy, posted a wedding photo of the couple on her Instagram page with a captain thanking the public for all of their support. The caption reads, “Thank you all for the wonderful thoughts. @SenJohnMcCain is doing well. We as a family will face the next hurdle together. One thing I know is he is the toughest person I know. He is my hero and I love him with all my heart.” 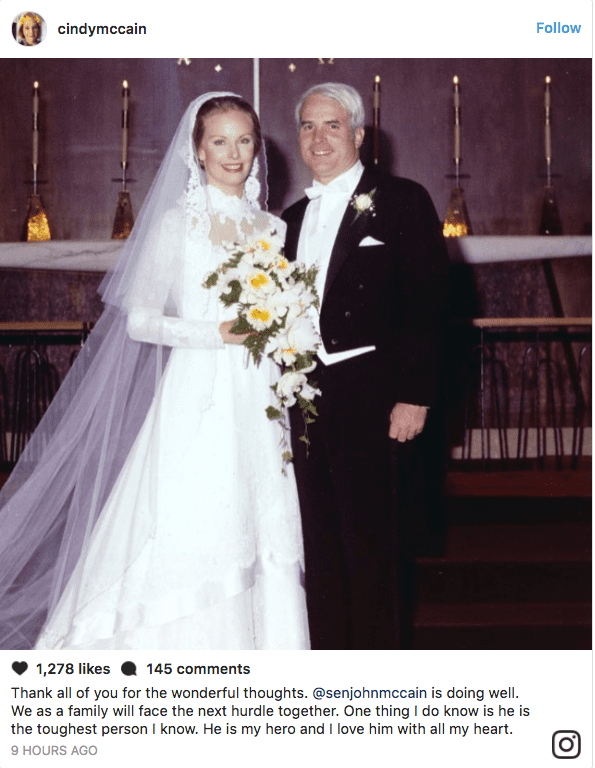 President Trump has released a statement saying, “Senator John McCain has always been a fighter. Melania and I send our thoughts and prayers to Senator McCain, Cindy, and their entire family. Get well soon.”

The senator’s 32-year-old daughter Meghan McCain posted the following statement on her Twitter: 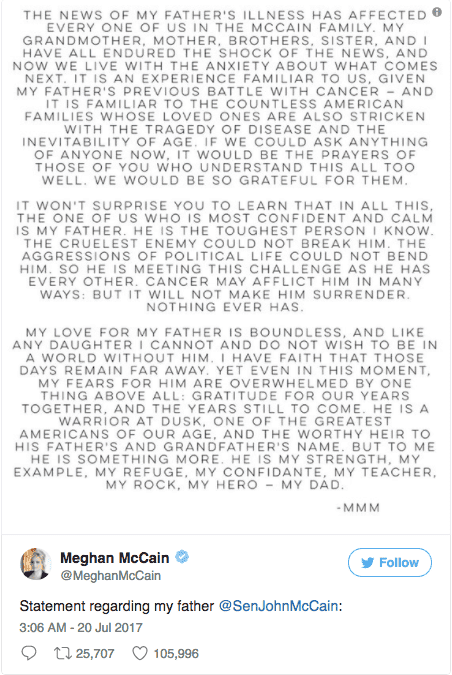 New Life Found on Remote Seafloor the Size of the U.S.A.

Scientists discovered an incredible number of diverse creatures living on the seafloor in an area ...

Ratatouille: The TikTok Musical Raised Over $1 Million for Actors Fund

Some dreams seem almost impossible: like staging a brand-new Broadway musical during an ongoing ...