President Donald Trump’s pick for Supreme Court nominee has created a showdown situation between Democrats and Republicans. While the Republicans are trying to push Neil Gorsuch, the Supreme Court nominee, through, even by using the “nuclear option”, Senate Democrats are trying to filibuster to block the vote from going through. If the Democrats succeed, the Republicans plan to override the rule, which is also known as the “nuclear option.” 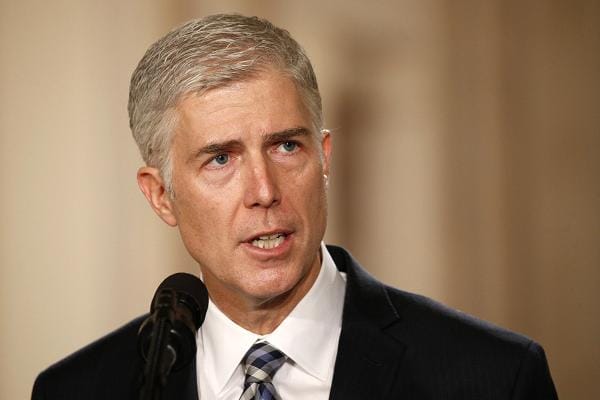 During the hearing, Democratic Senator Chris Coons of Delaware said he would vote ‘no’ to Gorsuch. Coons explained, “I am not ready to end debate on this issue, so I will be voting against cloture, unless we are able, as a body, to finally sit down and find a way to avoid the nuclear option and ensure the process to fill the next vacancy on the court is not a narrowly partisan process.”

Why are so many democrats opposed to Neil Gorsuch filling Justice Antonin Scalia’s seat? Many democrats do not like Gorsuch’s stance on most issues. Dylan Matthews, a writer at Vox, says he is “a down-the-line conservative who often sides with corporations and Christian groups in contentious cases. While he has taken no public position on the Roe v. Wade decision protecting abortion rights, his writings seem to indicate he’d sympathize with the pro-life cause.”

Senator Dianne Feinstein, D-Calif, said she would not support the nominee. During the hearing, Feinstein exposed a case in which Gorsuch sided with a school district that denied services to a child with autism. Like other Democrats, Feinstein did not like that Gorsuch was not clear about some of his views. For example, he did not say whether or not he agreed with the Supreme Court’s ruling in Brown v. Board of Education, “the landmark case that made school segregation illegal.” Feinstein told the committee, “Unfortunately, based on Judge Gorsuch’s record at the Department of Justice, his tenure on the bench, his appearance before the Senate and his written questions for the record, I cannot support this nominee.”

Right now, Republicans hold the majority in the Senate and could push Gorsuch through. However, the rule stands that 60 votes are needed to take a vote and Republicans currently only have 52.

Despite being rich and famous, legendary violinist Stephen Morris is not interested in replacing ...

China Comes Up With Unique Solution To Pollution Problem

Stefano Boeri, the Italian architect, famous for his Bosco Verticale, a tree-clad skyscraper ...