Many were shocked to discover WikiLeaks’ reveal of how British spies linked up with the CIA to hack a Samsung smart TV to turn it into a recording device. The sensational news came after the website published 8,761 confidential US government files, each detailing CIA surveillance and hacking techniques. WikiLeaks claims the documents show that the CIA can turn any TV into a listening device, bypass popular encryption apps, and even possibly control your car.

The joint US-UK operation, called Weeping Angel, was just one of the many secret files which discussed the specific tactics used to transform an F8000 TV for monitoring. The document refers specifically to Samsung models, and also had a ‘USA/UK’ label. The document read: ‘Accomplishments during joint workshop with MI5/BTSS (British Security Service) (week of June 16, 2014).’

The file explains how to wire a television so that when it appears to be switched off, it could still be used to spy on targets. Referring to the British intelligence involvement, the file detailed: ‘Received sanitized source code from the UK with comms and encryption removed.’ In a recent statement, WikiLeaks said, “The attack against Samsung smart TVs was developed in cooperation with the United Kingdom’s MI5/BTSS. After infestation, Weeping Angel places the target TV in a ‘Fake Off’ mode, so that the owner falsely believes the TV is off when it is on.”

WikiLeaks is an international non-profit organization thats main goal is to publish secret information, classified media, and news leaks from various anonymous sources. Its website, which was founded in Iceland during 2006, has attained an impressive database of over 10 million top secret documents since its launch. Australian Internet activist, Julian Assange, is known as the founder of WikiLeaks, as well as it’s editor-in-chief and director. 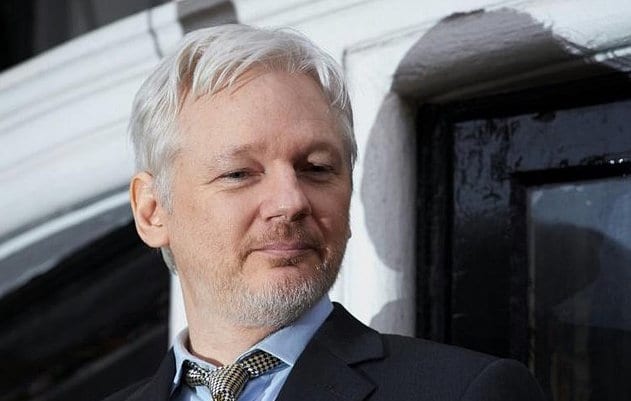 WikiLeaks claims that a vast trove of CIA documents representing ‘the majority of its hacking arsenal’ were leaked within the cyber security community and that it received, and released, a large part of them. They revealed how in ‘Fake Off’ mode the TV could operate as a bug by recording conversations in the room and immediately send them to a covert CIA server. WikiLeaks said ‘This extraordinary collection, which amounts to more than several hundred million lines of code, gives its possessor the entire hacking capacity of the CIA.

The archive appears to have been circulated among former US government hackers and contractors in an unauthorized manner, one of whom has provided WikiLeaks with portions of the archive.” The website said the documents show how the CIA has produced more than 1,000 malware systems, trojans, viruses, and other software that can infiltrate and take control of target electronics.