Richard Arvin Overton is 112 years old and America’s oldest living veteran. While he remains strong and resilient, having fought off several bouts of pneumonia, Overton requires 24-hour care. Despite not being able to afford the expensive medical bills, which reach about $15,000 per month, Overton refuses to give up living in the home he built for himself after World War II for an assisted-living residence. That’s why his family has set up a GoFundMe account to aid in the costs. 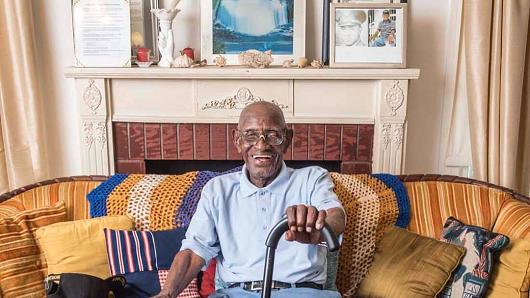 “That home is his heart, his memories, it is his everything,” said Overton’s cousin Volma Overton, 70. “Moving him out of this house is what’s going to put him in the grave.”

“I’ve talked to so many people my age who moved their loved ones out of their homes and that really seemed to be the beginning of the end,” he continues. 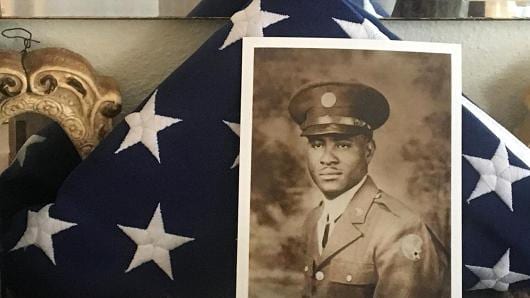 Even though the Department of Veterans Affairs would cover the expenses of moving Overton into an assisted-living facility, the veteran’s home means the world to him. “I paid $4,000 for this house in 1945,” said Overton. “I ain’t trying to move. This is where I sit and rest,” he joked.

The GoFundMe launched in December 2016 and Overton’s family has managed to raise over $280,000 for his 24/7 care. “The GoFundMe is totally everything,” said Volma Overton. “He does not have the funds to pay $15,000 a month. That money was gone a long time ago.” Overton never had children and has outlived most of his family. “The GoFundMe is his lifeline, period,” Volma said.

When asked if he missed the military, Overton responded by saying, “Oh sure, but the war wasn’t no fun. You never know what’s coming and you never know what’s going,” Overton said. “I think about war every day. It runs across my mind every day.” He added, “I remember World War I, too. I wasn’t old enough to fight, but I remember things.” 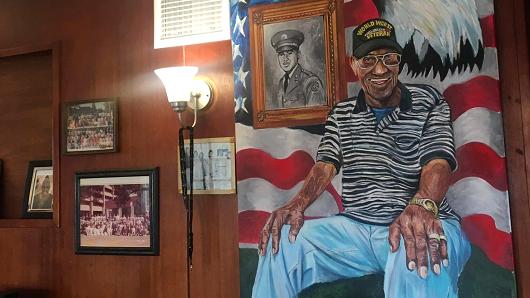 Despite his age, Overton is in good spirits. As long as he’s home, he’s happy. “I’m doing fine. Every time they [doctors] come it’s the same thing. They can’t find anything. It’s because I know how to take care of myself,” Overton explained. “I’ve got my good health and as long as I have my good health I’ll keep dancing.”

Election time is a very crucial time in any country, state or county. It is the time to evaluate ...

When the Hendel family's Great Pyrenees, Odin, refused to leave with his owners after the ...