In 2014, SUNY students Reese Werkhoven, Lara Russo, and Cally Guasti were living together in a small apartment.

The three had gone to a Salvation Army store to buy a couch, and were forced to settle for an old, rather stinky specimen that none of them really liked, but was the only one that was affordable and would fit in their living room. 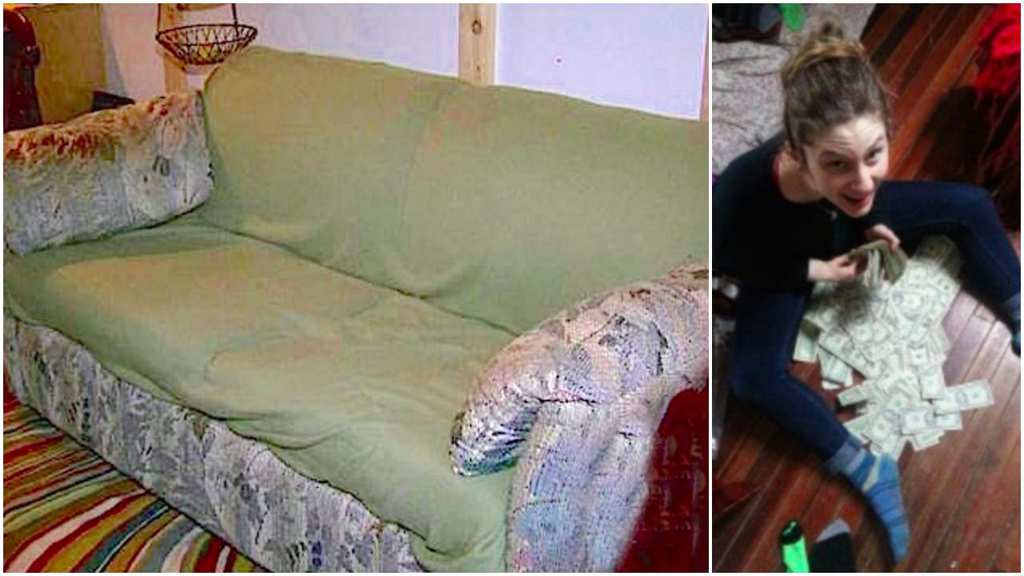 That day, as they were testing out their new purchase, they noticed that something was making a crinkling noise inside the cushions. Upon further investigation, they discovered a few bubble-wrapped envelopes inside the couch.

When they opened the envelopes, they were in shock. A thick stack of cash was inside. As they continued to pick apart the piece of furniture, they discovered more and more money. Guasti said, “Just when we thought we pulled out the last envelope, we’d find another $1,000 a few minutes later.”

After some time, the three roommates had unearthed a whopping $40,000 in cash. The fantasies of what they could do with all this money started flowing immediately. 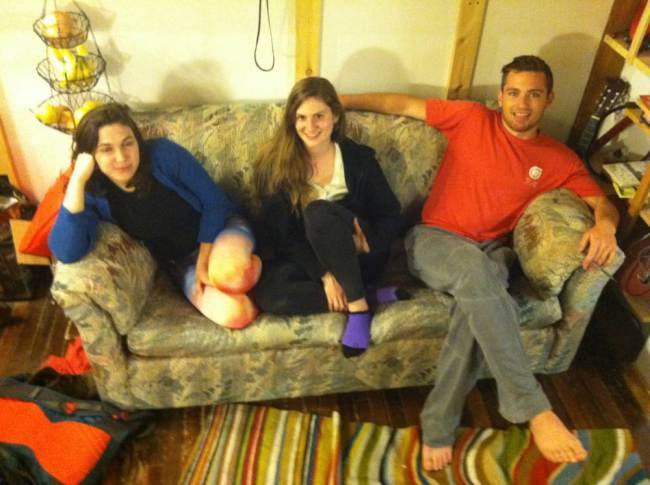 However, they were quickly brought back to reality when they saw that there was a woman’s name on one of the envelopes. That was when the moral dilemma started– what to do? Keep the money for themselves, or try to find the owner?

The three consulted their parents for advice, and the next day, Werkhoven got a call from his mom. She had tracked down the mystery woman and found a phone number.

Werkhoven called the number his mom had given him, and an elderly woman picked up. “Oh my God,” she cried when Werkhoven told her the story, “I left a lot of money in that couch!”

Later that day, the three friends drove to the woman’s house to return the money. They discovered that the old woman was recently widowed, and her sick husband had given her that money to provide for her after he passed away.

For 30 years, the money had remained safe inside their couch. Then, she had to have a back operation, and while she was recovering, her daughter and son-in-law decided to get rid of the couch, and so the old sofa was given to the Salvation Army.

When the three gave the money back to the old woman, she was so touched that she gave them $1,000 as a reward for their good deed. The friends couldn’t have been happier with their choice.

Having an emergency fund to fall back on in case of a financial disaster is much easier said than ...

The Reason Why Scientists Want To Ban Glitter

Say goodbye to all things sparkly, as scientists have found sufficient evidence as to why glitter ...