After they were told that their premature baby daughter needed a full month to recover at the University of Alabama at Birmingham, Rubia Ferreira and Tyler Campbell decided they’d recite their vows with their baby as an honorary guest.

At 42-years-old, Ferreira was diagnosed with HELLP syndrome, a condition which develops late in pregnancy and can be life-threatening to both the mother as well as the infant. Doctors decided that she needed an emergency C-section. 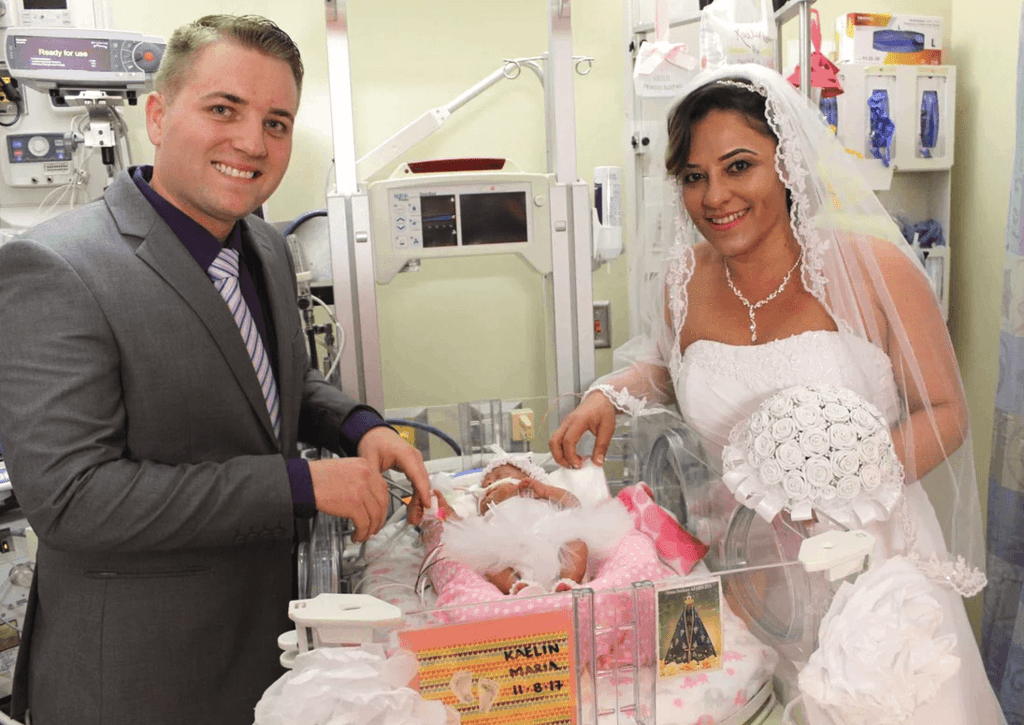 “I was nervous, but she was a lot more than I, so I was trying to stay calm to make her feel better,” said the 24-year-old Campbell.

On November 8, 2017, Kaelin Maria was born via C-section at only 24 weeks gestation, meaning that she would need to remain hospitalized for months. This meant that the couples’ plans for a wedding next to the ocean in Okinawa, Japan would need to be put on hold. Then, Ferreira saw a video of a couple getting married in a hospital and immediately thought it could be a solid back-up plan. 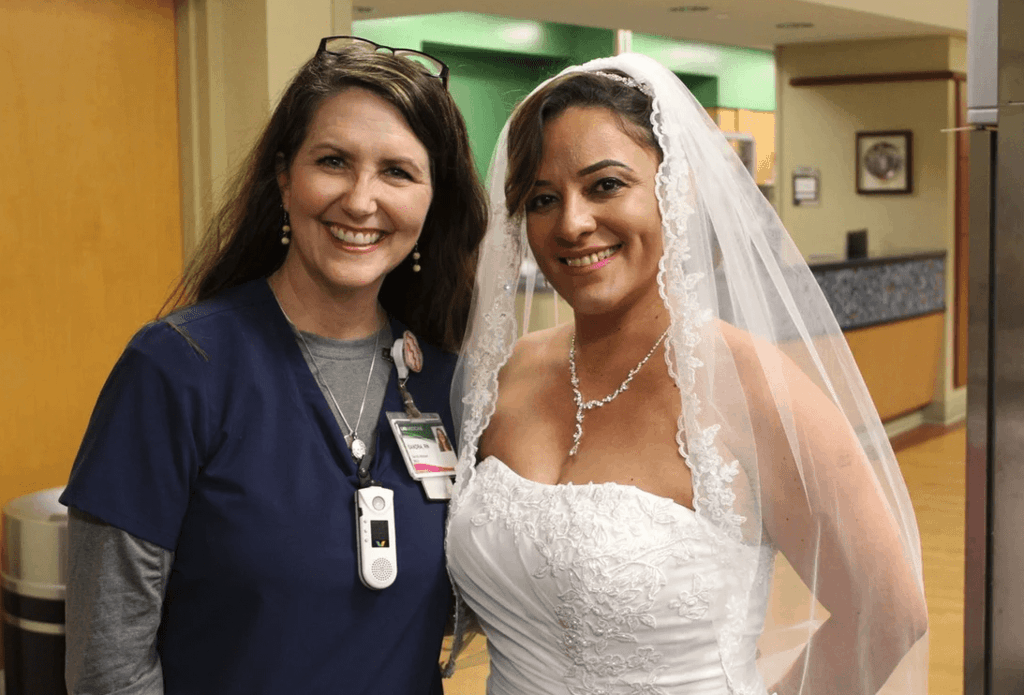 “We asked our nurse liaison, and she was all about it!” Campbell said. “That was about two weeks before Valentine’s Day, and she thought it would be perfect if that was our wedding day.”

The couple tied the knot on Valentine’s day, 2018, alongside their 5-month-old daughter Kaelin 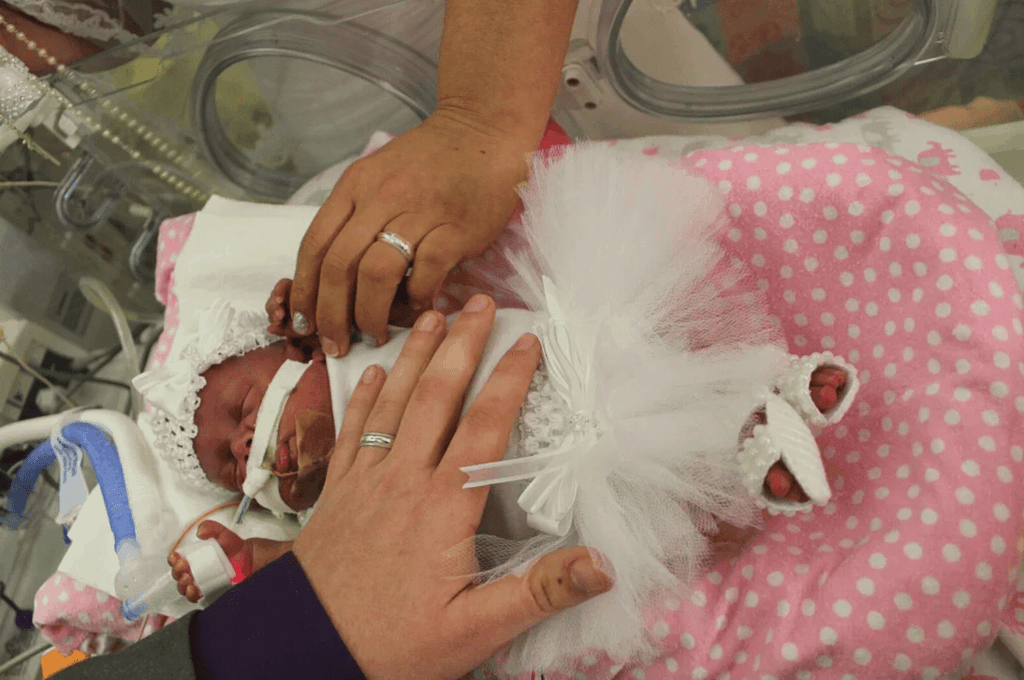 “I was definitely nervous! Every nurse in the hospital was watching me, and I’m just standing there!” Campbell says while laughing. “But then you get into the moment, and you don’t worry about who is around you, and that happened to me when I saw her walking down our little makeshift aisle, which is the hallway to our daughter’s room. It was awesome. ”

Neonatologist Dr, Waldemar Carlo walked Ferreira down the isle, which was actually just the hospital hallway, as guests (hospital staff) looked on. 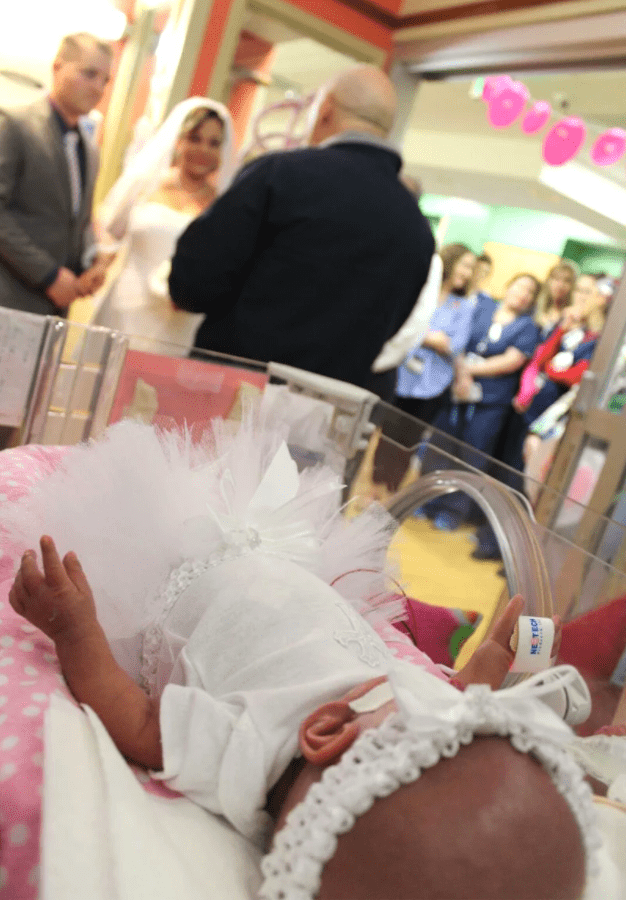 “We were very happy, the fact that our daughter could be there with us,” Campbell says. “We didn’t think we would be able to do anything in the ICU. We were really excited. I’m so happy because we got married in front of Kaelin,” she stated. “Everybody helped me! All the nurses that took care of Kailyn were there, the doctors, everyone,” Campbell says. “There were tears from one end of the hospital to the other. We’re going to tell her all about how much love was in the room at that time.”

The Handsome Her is a vegan-friendly cafe that has just opened in Melbourne, Australia, but what is ...

As She Turned 18, Greta Thunberg Has Made Some New Lifestyle Choices

At an interview that marked her 18th birthday, Greta Thunberg discussed her lifestyle and some new ...