New York City may seem to outsiders as the opposite of a neighborly kind of community, but there’s one thing they’re happy to band together for, and that’s dogs. When one little pup managed to get herself lost in a subway tunnel, even the oft derided MTA pitched in in order to find her.

Loppy the dog was in a Brooklyn park playing with her dog walker when she got loose, and found herself in the cold and dark of a subway tunnel. Apparently, the frightened pup was familiar with the Jay street station, and quickly ran there. 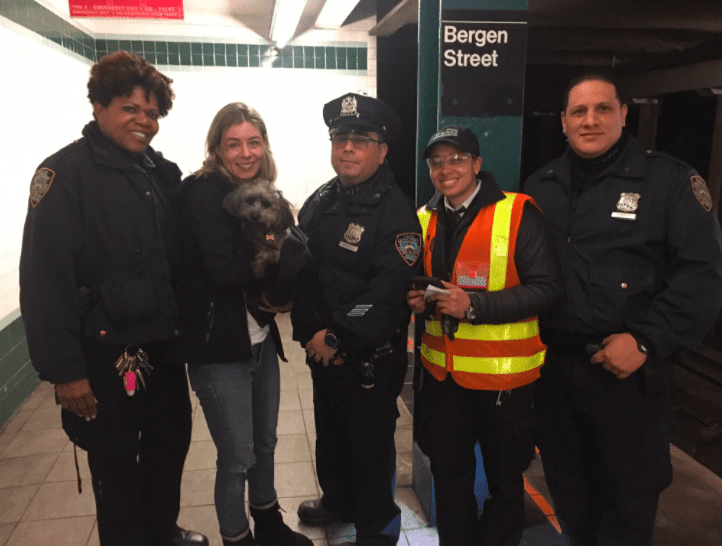 “It’s a familiar place for her, we commute together every day. She entered, ran across the platform, and at some point either fell or jumped in,” Dakota, aka Loppy’s owner, Caroline Francis, wrote on her Facebook page.

The thought of a dog falling onto the tracks becomes even more terrifying when you discover that the New York City Subway system operates with an electrified third rail. As soon Francis rang the alarm bells that her dog was missing, and was very likely on the tracks, the station workers cut the electricity to the track, which also halted trains in and out of the station.

There’s little that frustrates New Yorkers more than subway delays, but those who were part of the dog search seemed concerned mostly for the pooch. 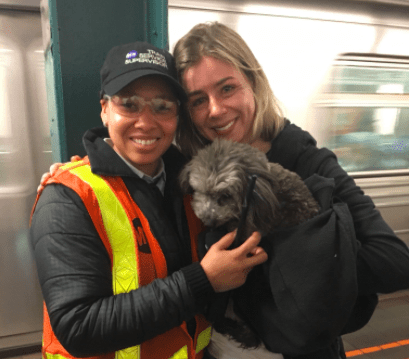 Francis and the MTA employees spent an hour searching for Loppy, to no avail. As she was trying to convince them to let her onto the tracks herself, one of the employees decided to wade into the darkness in order to try and find the dog. Francis shared, “Then a miracle happened. An MTA officer took it upon herself to explore the tracks several stations away. And, against all odds, she found Loppy.” Loppy was a little bit battered, and was taken to Blue Pearl Animal Hospital to recover, but she was otherwise in one piece.