Jaequan Faulkner may only be a kid, but the 13-year old from Minneapolis definitely has a bright future in business. In 2016, Faulkner first opened up a hot dog stand in front of his family’s home. While the dogs may have been tasty, Faulkner simply wasn’t able to keep his business running. He never let go of his dream, though, and this past Summer, returned to his hot dog stand, ready to give the operation another go. 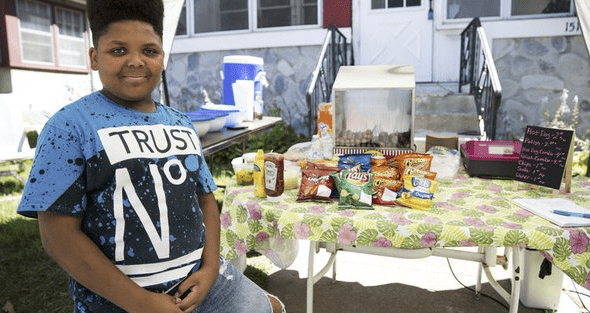 “It puts pride in me to see that I’m doing something good for the community,” said Faulkner. Soon enough, Faulkner’s renewed drive for success brought in plenty of business and word began to spread around town about his delicious streetside hot dogs. Unfortunately, not everyone was a fan of the youngster’s enterprise, and someone filed a complaint with the health department regarding Faulkner’s lack of a permit. 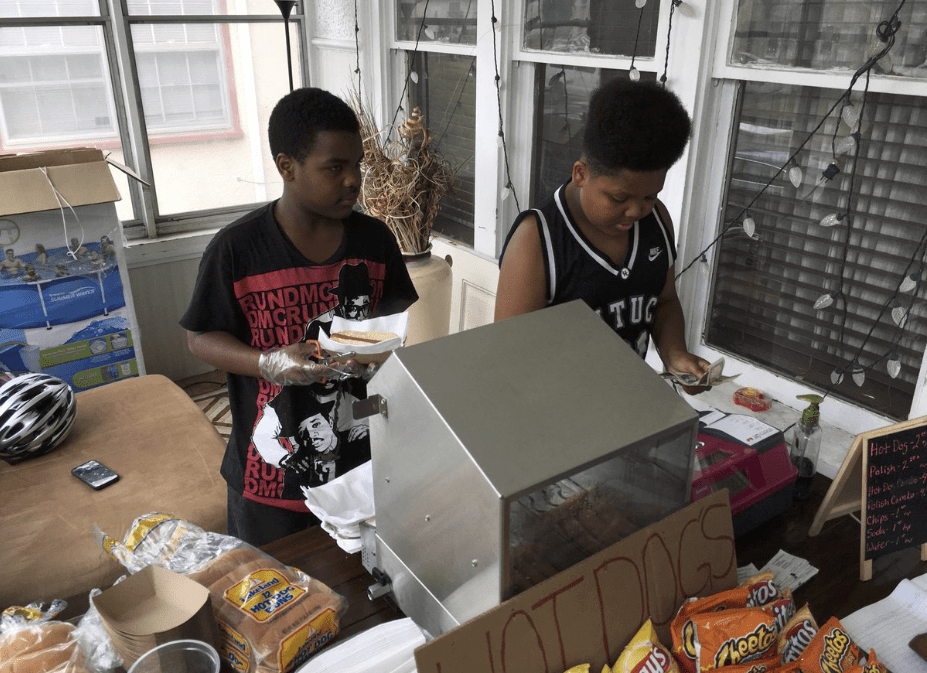 Luckily, rather than put the teenager out of business, governing officials chose to help Faulkner legitimize his hot dog stand. “When I realized what it was, I said, ‘No, we’re not going to just go and shut him down’ like we would an unlicensed vendor,” said Minneapolis environmental health director Dan Huff. “We can help him get the permit. Let’s make this a positive thing and help him become a business owner.” 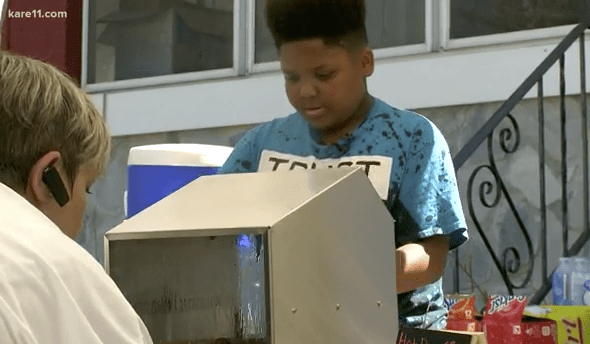 Now, Faulkner was given the opportunity to learn how to make his hot dog stand a real business venture. “We worked with him to make sure he was following all of the health codes,” Huff explained. 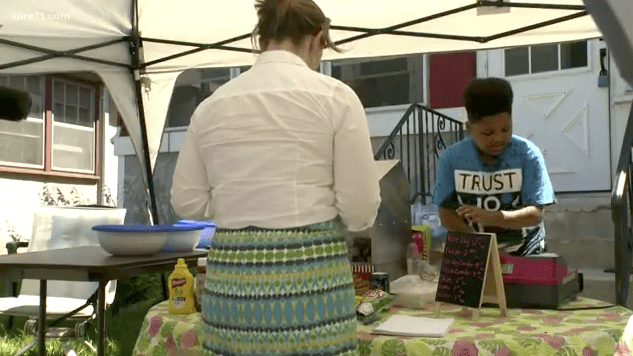 Faulkner was shocked to find out that Huff wasn’t the only one willing to help. “I was actually kinda surprised, ’cause usually I would have one person at a time help me, but then with so many people coming at once, I’m like, wow. I realized how much people enjoy it,” said Jaequan. 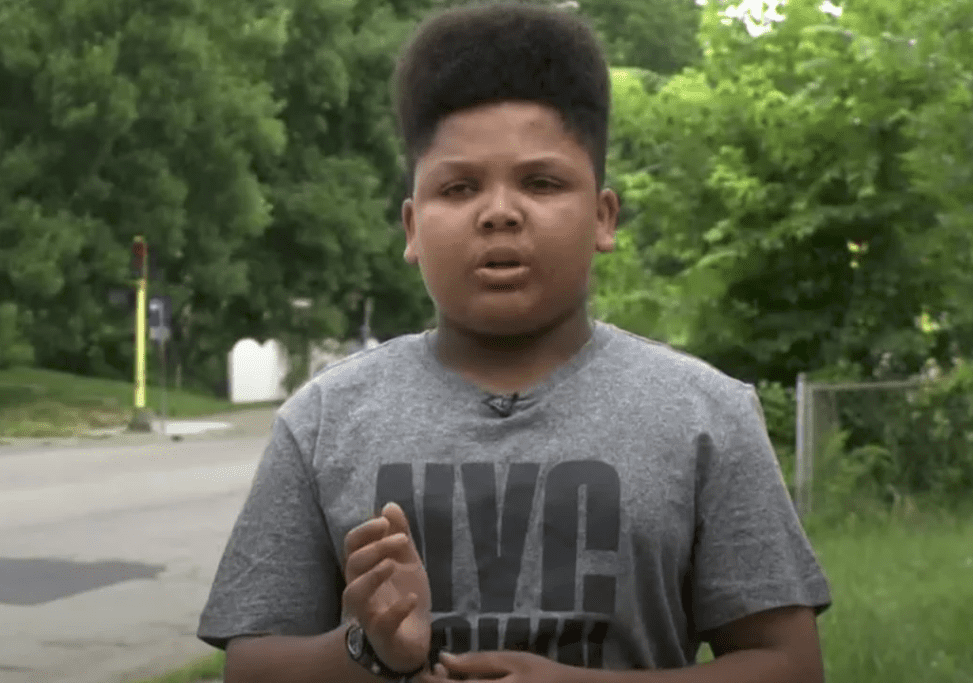 Ann Fix, a program manager for Appetite for Change, also joined the cause. “We’ve been working with Jaequan on the business side of things, like basic business, finance, marketing, pricing… he’s really been excited about all of it,” said Fix. 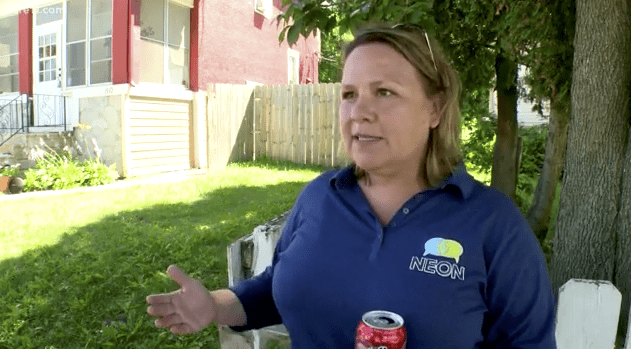 Jaequan is learning from the best and using his hot dog funds to raise money for new school clothes. For him, it’s about more than just finances. “It’s not about the money,” Jaequan explained. “It’s just something I enjoy doing. I like having my own business. I like letting people know just because I’m young doesn’t mean I can’t do [anything].” 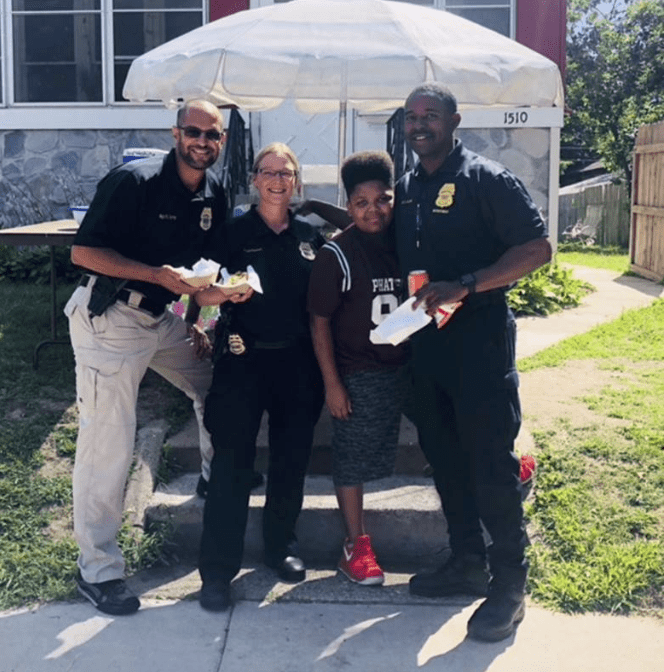 When asked why he does it, Faulkner responded by saying, “It’s the cooking and the people. I see someone go by with a frown on their face. I’m there with a smile, then I see a smile on their face. I just made a smile on somebody’s face by selling them a hot dog.”

Years After He Served In the Vietnam War, John Kerry Returns To the Site Of His Ambush

As part of his last foreign tour, the outgoing United States Secretary of State took a trip to ...

The western United States is in the midst of a major wildfire problem. Whipping winds have pushed ...