Maddison Olinger was already shocked to discover that she was chosen by the Greensboro Grasshoppers minor league baseball team to be an “honorary manager” for the day. Once she took to the field, she was surprised yet again. This one was bigger than anything she could have imagined. 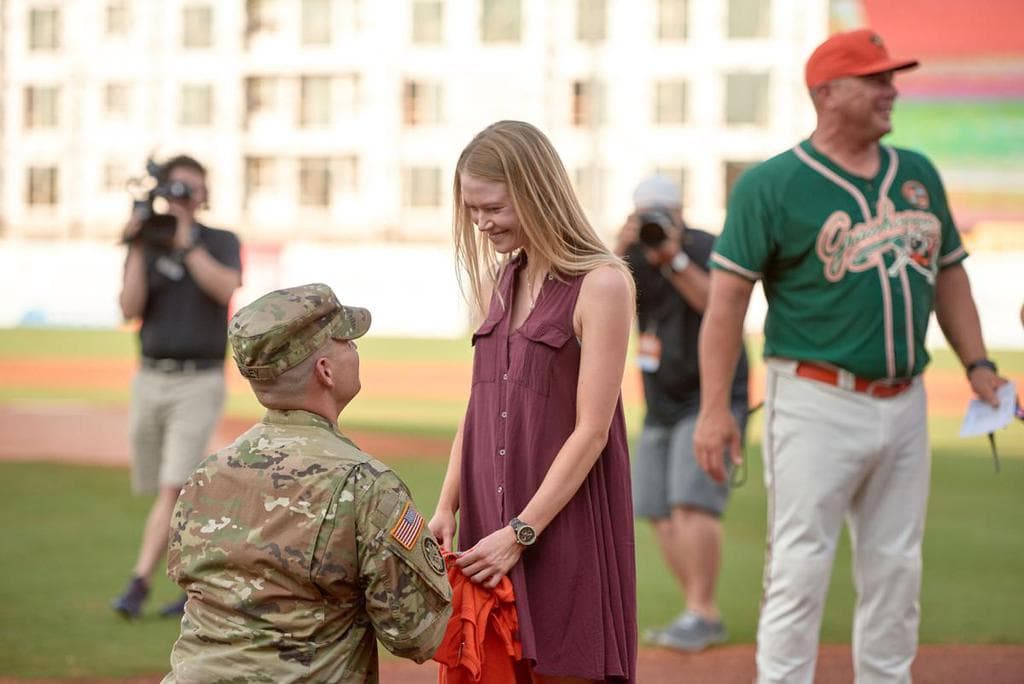 Olinger was given the responsibility of passing along the lineup card to the home plate umpire before the first pitch was thrown. It’s customary for the North Carolina team to select an honorary manager to take on this task prior to each game, so Olinger didn’t think too much of it.

The unsuspecting Olinger made her way onto the field, taking a moment to stop at the pitcher’s mound. Suddenly, she heard a voice come over the loudspeaker. The announcer said, “Please welcome from a 10-month deployment in Syria, Maddison’s boyfriend, Army Specialist Camryn Henley.” 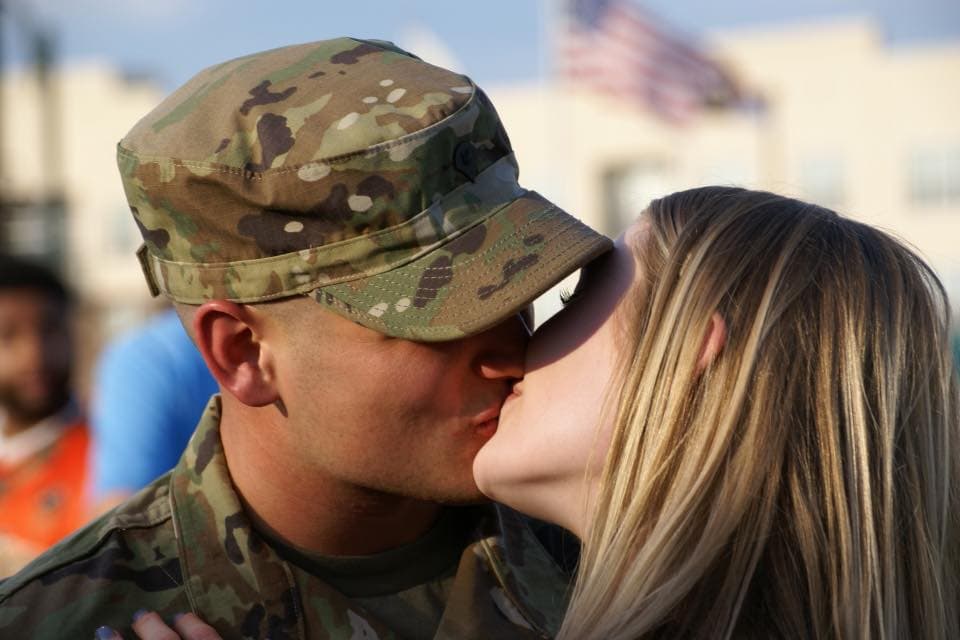 Henley walked from across the field to reunite with his girlfriend, who was already in disbelief that he was standing in front of her. Little did she know that the biggest surprise was yet to come. Without wasting any time, Henley dropped to one knee and proposed in front of the entire stadium. 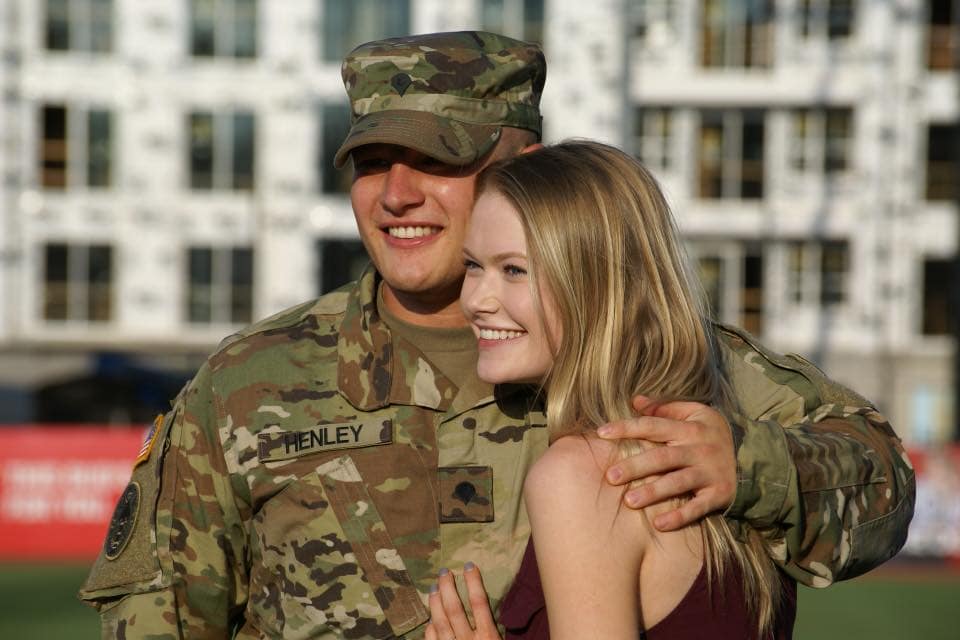 Olinger said yes, and the crowd roared as the soldier placed the ring on his new fiance’s finger. The newly-engaged couple couldn’t be more excited about their future together. 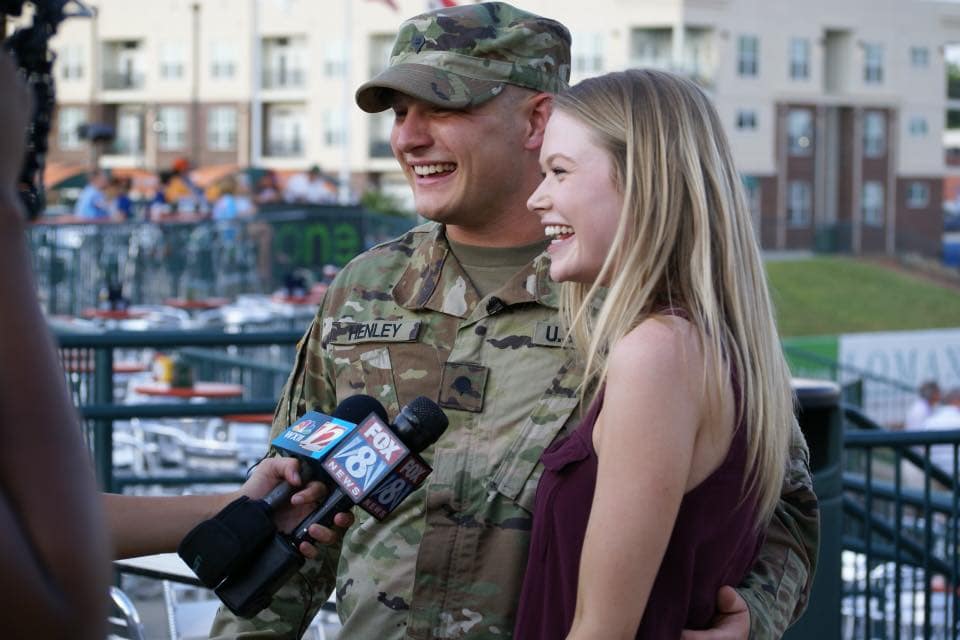 When asked, Olinger said she had no idea that anything like this would happen. “I definitely didn’t think he was going to be home today, like I kind of suspected it for tomorrow,” she explained. 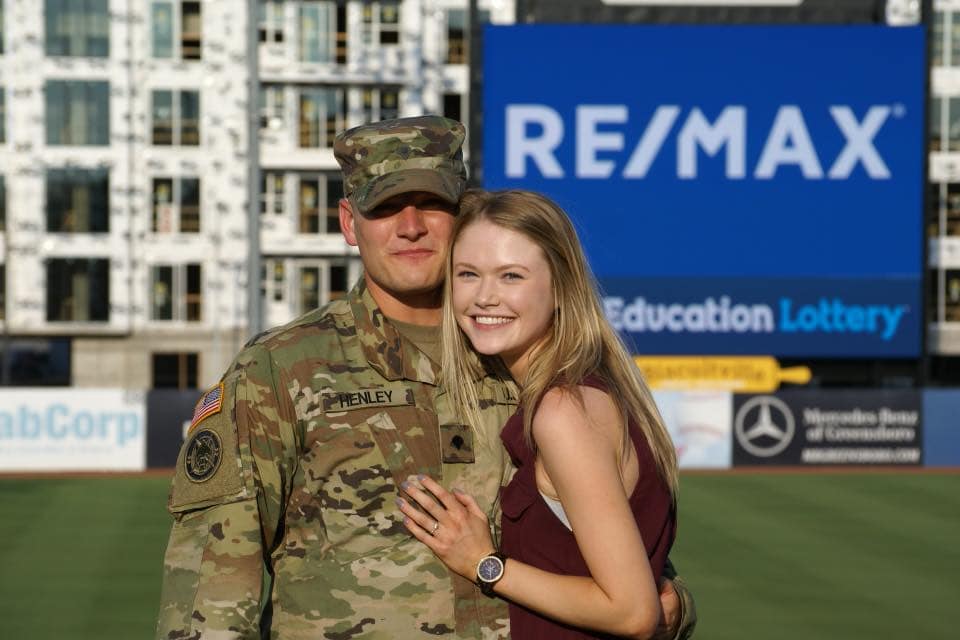 Henley even managed to invite all of Olinger’s closest friends and family members, who showed up to the baseball stadium with signs that read out heartfelt messages such as, “Happy engagement and may you cherish each other forever.” It was a fantastic day for a baseball game, and certainly one that this young couple will never forget.

When retired firefighter and paramedic Luis Garcia was deciding how to spend $40,000 that he had ...