On Monday a US warship stationed near Iran in the Persian Gulf was forced to change course, and fire warning flares after an Iranian attack boat raced towards it with its weapons manned and ready to fire. While the Iranian vessel did not come any closer than 1,000 yards to the USS Mahan, that was still enough for those aboard the American destroyer to sound a warning siren and man its own weapons. A navy officer confirmed the incident to the network and described it as an act of provocation. 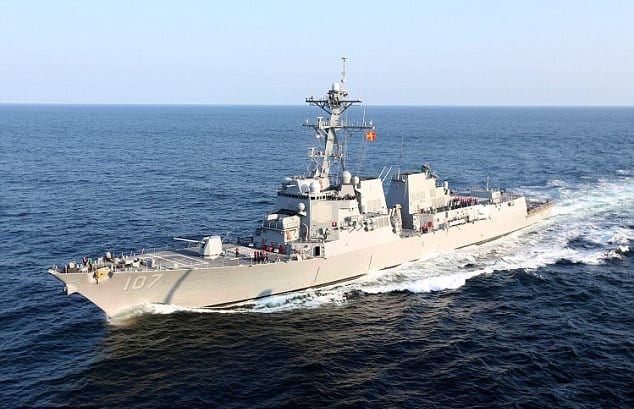 The anonymous Navy official said. ‘Coming inbound at a high rate of speed like that and manning weapons, despite clear warnings from the ship, is obviously provocative behavior.’ The USS Mahan is a 505-foot-long Arleigh Burke-class destroyer that is staffed by more than 300 members at all times. The powerful warship can reach speeds of up to 30 knots and is capable of firing both standard and Tomahawk missiles. 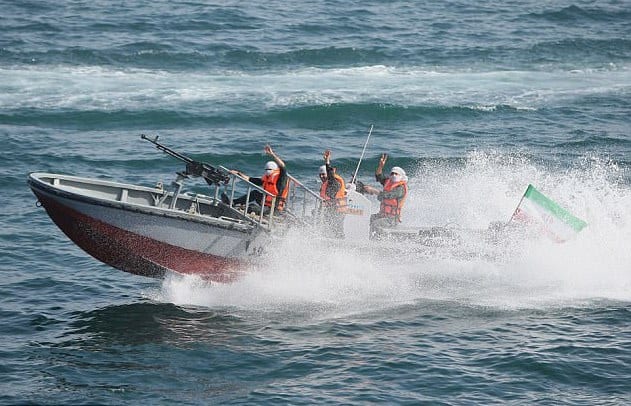 This incident, however, isn’t the first time the crew aboard the Mahan had to fire warning shots at foreign vessels. In January, shots were fired near the Strait of Hormuz after four Iranian boats refused to slow down even after being requested to do so by the American crew. A US Navy helicopter also dropped a smoke float before the warning shots were fired. Pentagon officials said that the Iranian ships came within 900 yards of the Mahan, which at the time was escorting two other American military ships. The Straits of Hormuz is a small but crucial point at the eastern tip of the Persian Gulf, where many ships carrying millions of tons of oil from Iraq, Iran, Kuwait, Qatar, Saudi Arabia, and the United Arab Emirates pass through every day.

Last August another US Navy ship was forced to fire warning shots towards an Iranian fast-attack craft that approached two other American ships.

You probably don’t need us to tell you that people are finding things pretty hard at the moment. ...