After Marine Christopher Lawrence was injured in combat, he never thought he’d put a uniform on again. While serving in Iraq, an explosion lead to the amputation of his right leg.

He soon learned that staying in the Marines wasn’t a possibility. Desperately wanting to stay in uniform, Lawrence decided he would become a police officer. It wasn’t an easy task, and he was turned away by almost every police force he applied for; except one.

“The top things in my life for pride: becoming a Marine, becoming a dad and being a Chula Vista officer,” Lawrence stated in an interview. “I didn’t think it was going to happen.” 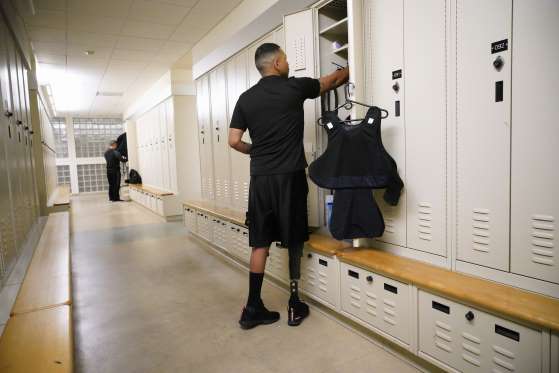 For serving his country and sacrificing so much, Lawrence earned endless amounts of respect from his fellow candidates, and those who oversaw the recruiting process. However, Lawrence received no special treatment. He needed to perform just like any other candidate.

“I thought he was so inspiring,” said Chula Vista Police Chief Roxana Kennedy. “I figured if he went through the process, and he could pass all the testing, I’d be more than willing to give him a shot.”

After his amputation, Lawrence started boxing as a way to get back his physical confidence. He also became friends with a San Diego police officer. The two began running together and after one 8-mile run his friend mentioned to him that they had just run further than any police academy run. 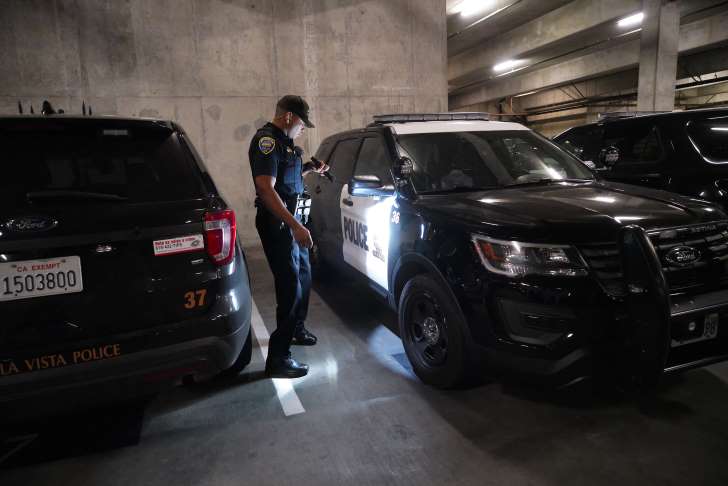 Lawrence decided that he needed to become a police officer. Unfortunately, few departments were willing to hire an applicant with a prosthetic leg. Initially, four departments turned him down. Lawrence was devastated but determined. He decided to use his G.I. Bill to attend the police academy at Southwestern College. It was risky. What if no one hired him after finishing?

Lawrence needed to train extra hard if he wanted to keep up with the rest of the recruits. He also needed to run with a “regular” prosthetic leg, as opposed to the specialized blade prosthetic. Even though it was much more difficult and painful, Lawrence knew that in a real situation, there’d be no time to swap out prosthetics.

Lawrence’s hard work paid off and he was offered a job before finishing the academy. 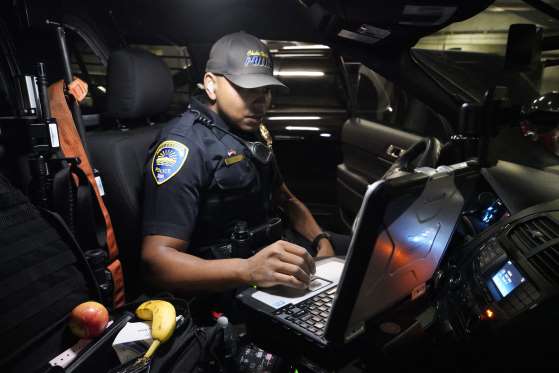 He has now been protecting and serving for over four months, with no sign of slowing down. When asked what the public thinks of his new job, Lawrence said, “Most of the time, people are looking at the badge and uniform saying, ‘Thank God you are here to help.’ Or, they are unhappy to see us, because they did something wrong, So I think the leg is not on the radar. Thankfully.”

Her Regular Customers Surprise This Waitress With A Brand New Car

2020 has been a bad year for a lot of people. With the worldwide crisis throwing everything off the ...

Meet Margaret Mackie. A Scottish senior who is enjoying national fame, thanks to her love for ...