When a mysterious object was sighted on Antarctica by those scouring Google Earth, many were convinced they’d found evidence that an alien spaceship had crashed on the ice covered continent.

To their disappointment, scientists have released a statement that the unidentified object is more than likely just a piece of ice that was released from a nearby mountain during an avalanche. The question object had appeared on South Georgia Island, situated in the South Atlantic.

The population of the island only numbers 20, it is so remote. According to Dr. Richard Waller, who is a professor at Keele University in the physical geography department, the piece appears to have dropped from the mountain top that towers over the glacier. 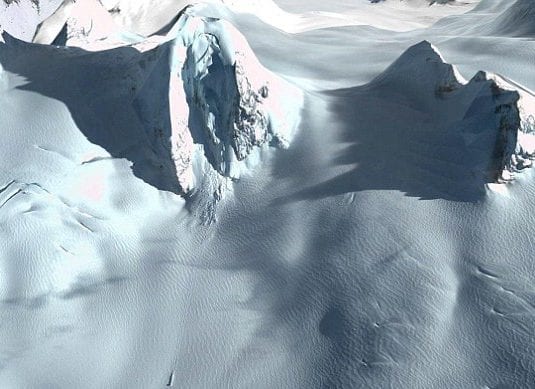 Waller told the Daily Mail , “It looks to me as though this feature is related to a large avalanche from a nearby mountain. Part of a hanging glacier appears to have collapsed, you can see the avalanche debris at the foot of the slope, and this could be a large block of ice that has travelled further as a consequence. 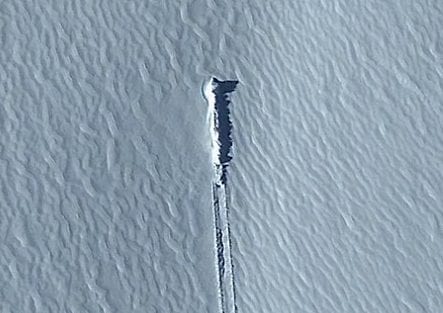 The track shows that it’s sliding over a snow-covered glacier before it comes to a rest.” The track marks behind the object are clear, on the imaging technology, which ended up causing even more hype among those who believed the mass could have been related to an alien landing. 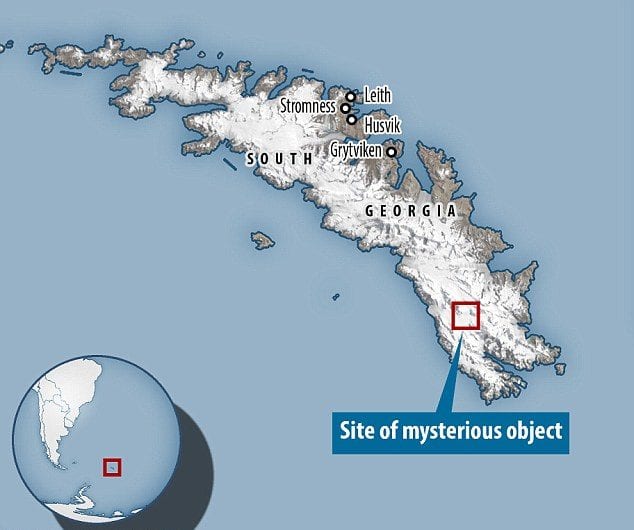 A website dealing with alien theories and conspiracies known as Secureteam10 created a video via satellite technology that zoomed in on the object and its track. The video was then posted to YouTube where it has over 150,000 views.

Though some commenters joked about the site being where Superman crash landed in one of the recent movie installments, others truly believed it was caused by an extraterrestrial crash. Secureteam10 is an organization that dedicates itself to uncovering clues of extraterrestrial contact with Earth.

Everybody seems to have at least a few tennis balls floating around their home, even if you're not ...

The iPhone X Rumors: Here’s What We Know So Far

Every year or so the world is blessed with another iPhone release. Typically, the way things have ...

Bill O’Reilly Receives The Most Unceremonious Of Goodbyes From Fox

After hosting Fox for over 20 years, Bill O'Reilly was fired after a series of sexual harassment ...