Hurricane Harvey tore through Texas, leaving locals absolutely devastated by the damage. The tropical cyclone caused unprecedented and catastrophic flooding and winds in southeastern Texas, leading thousands to lose their homes, livelihood and worst of all, their family members.

With many people lost and relying on emergency services to keep them going, a relief fun was set up for those affected by the hurricane. Charitable donations had been flowing in from all ends of the United States but when Hollywood stars were asked to step in, they made a major impact.

Comedian Kevin Hart started a challenge to his fellow celebrities, asking them all to give a $25,000 donation, just like he did. Within minutes, Hart’s request was noted by celebrities including The Rock, Chris Brown and Nicki Minaj who all donated the requested amount.

However, there were other stars who decided to go one better knowing that $25,000 was almost pocket change, opting to give away a more significant amount. Actress Sandra Bullock was amongst the first to give a $1 million donation to the Red Cross relief effort, stating “I’m just grateful I can do it. We all have to do our part.” 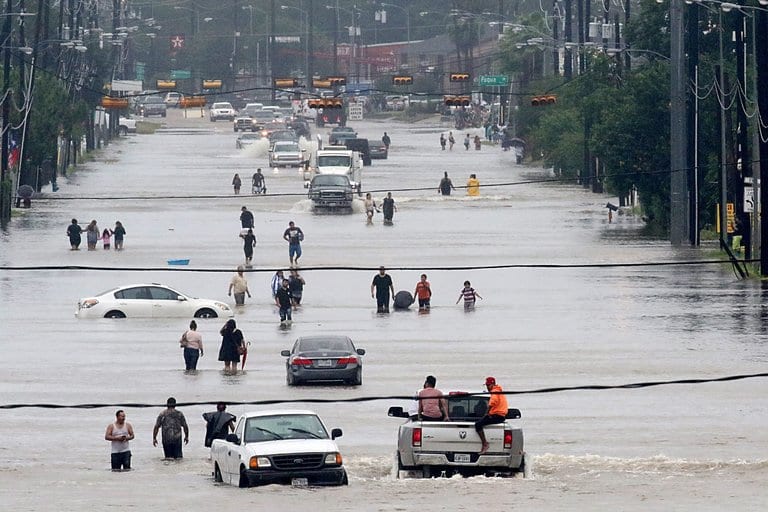 Moreover, Leonardo DiCaprio also donated $1 million via his charitable foundation. This is not the first time the actor has been a fundraiser for natural disasters, he also gave away huge amounts in the devastations from the 2004 Indian Ocean tsunami, the Haiti earthquake and Hurricane Sandy.

Following in Leo’s footsteps was Ellen Degeneres, Miley Cyrus and the Kardashians who all gave away $500,000. The celebrities released comments along with their pledges stating they were praying for the victims and were happy to help in any way they could. 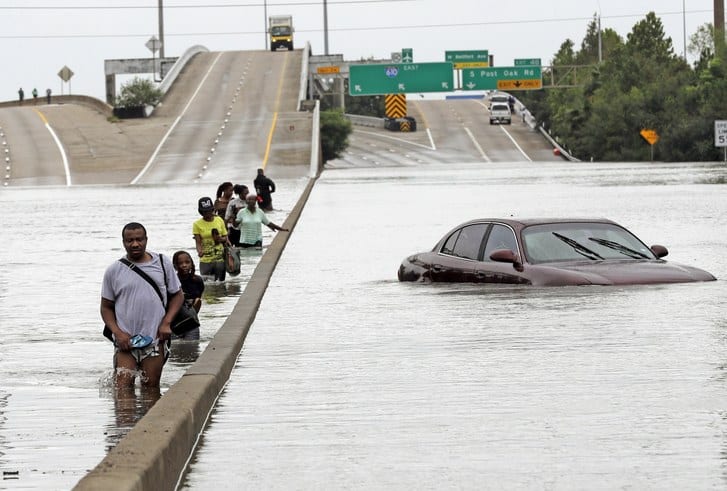 Despite the relief fund reaching millions, Texas is still reeling from the damage and devastation caused by Hurricane Harvey. Over 11 trillion gallons of water was dumped on Texas, 27 inches of rain had already come down with another 23 inches expected within the next couple of days.

With the death toll already at 30 and more rain forecast, experts are saying that the aftermath of the hurricane may equal the destruction of Hurricane Katrina in 2005.

This year’s Met Gala celebrated all things American, with its theme being “In America: A Lexicon of ...

Due to a meningitis infection, Zsuzsanna Foldi of Hungary was determined to be deaf at the age of ...