In a village in eastern China, lowering water levels led to a shocking discovery the other day. What was found turned out to be an estimated 600-year-old and almost perfectly preserved Buddha statue. The statue was discovered at Hongmen Reservoir in the Nancheng county of the Jiangsu Province. It is in this location that a nearby hydropower gate is under renovation, which led to the drop in water levels by nearly 33 feet or 10 meters. 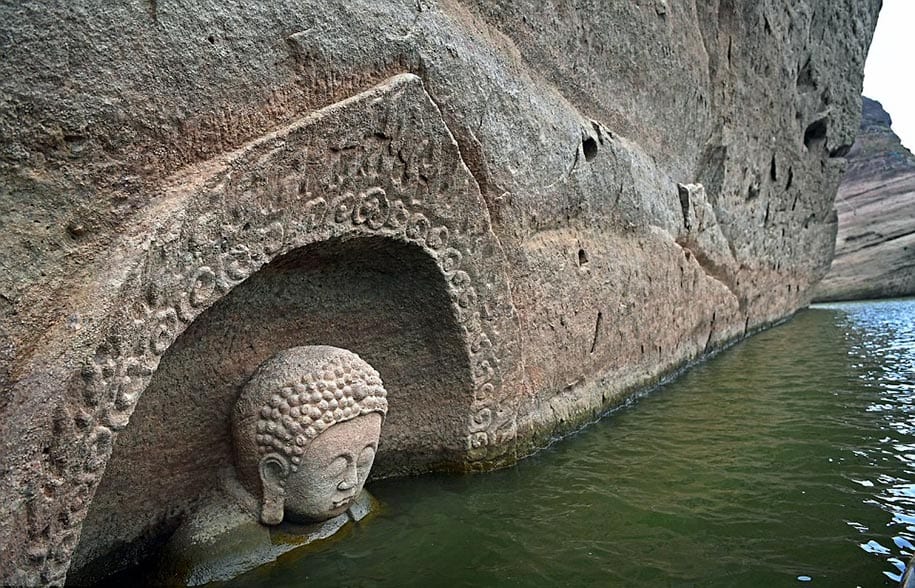 As soon as the villagers were able to spread the news, a team of researchers came to investigate the new discovery. The researchers determined that the statue is approximately 12.4 feet tall or 3.8 meters and could date back as far as the 14th century. Because the Buddha naturally avoided weathering, it was able to maintain impeccable shape throughout the years. Moreover, between 1966 and 1976, Chairman Mao launched a program to remove any and all traditional components from Chinese culture.

Xu Changqing, director of the Research Institute of Archaeology of Jiangxi province stated that, “A preliminary study of the statue suggests it was probably built during early Ming Dynasty, maybe even earlier as the Yuan Dynasty”. It is also likely that there are many more discoveries to be made in the area. One of the villagers, Huang Keping, is an eighty-two-year-old blacksmith. Thus, he was around before the reservoir was built and can recall what the area looked like before the man made changes reformed the land. He specifically remembers that there was a small temple that stood in front of the Buddha statue. He goes on to say, “I went to the temple in 1952 and saw the Buddha statue for the first time. I remember the statue was gilded at that time.”

It is the hope of the researchers that they will be able to continue to make these historic discoveries.

When you discover your first gray hairs, it is always a bit surprising. You begin to think of ...

The Model Amputee Who Overcame Her Bullies

We all know how it feels to be bullied at some point in our lives. Studies have shown that one out ...

When you get on a plane, you're looking forward to getting to your destination safe and sound, ...