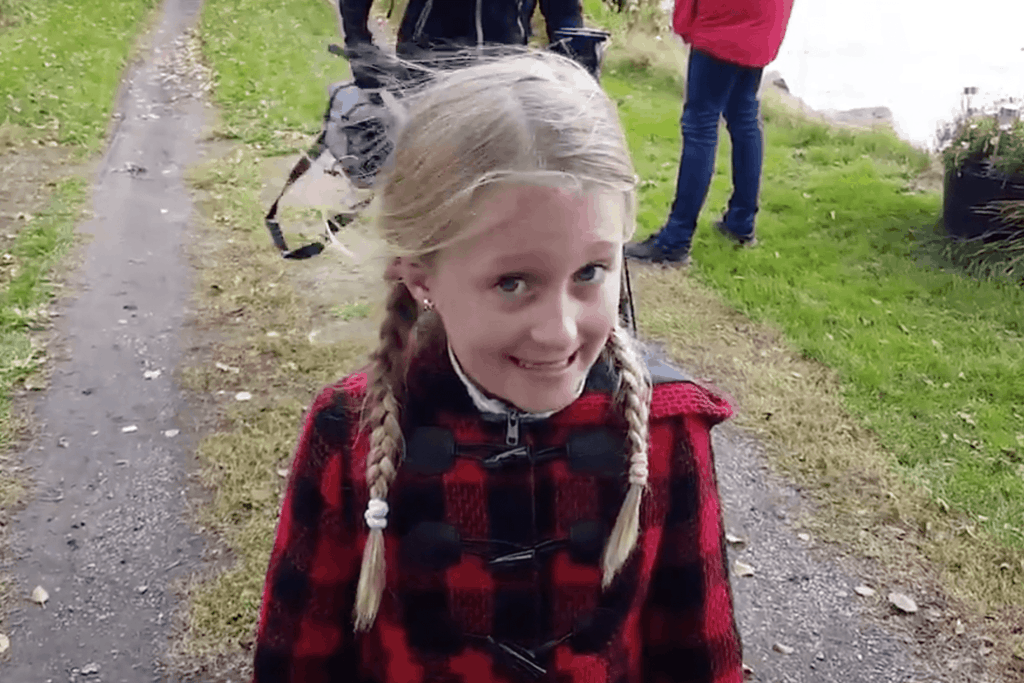 Saga Vanecek, an 8-year-old Swedish-American girl living in Sweden, came across an incredible find last summer. She was enjoying herself at Vidostern Lake in Tånnö, Småland when she made the discovery. The water level at the lake had significantly decreased, so her father asked her to bring a buoy to him as he floated in a boat on the water so as to warn other boats about the dangerous, shallow water.

“I asked Saga to bring the buoy, but she was taking her time like a kid does, playing in the water,” said her father, Andy Vanecek. “I was getting impatient because the World Cup game was about to start!” She said, “I was outside in the water, throwing sticks and stones and stuff to see how far they skip, and then I found some kind of stick.”

“I picked it up and was going to drop it back in the water,” she continued, “but it had a handle, and I saw that it was a little bit pointy at the end and all rusty. I held it up in the air and I said ‘Daddy, I found a sword!’ When he saw that it bent and was rusty, he came running up and took it.” 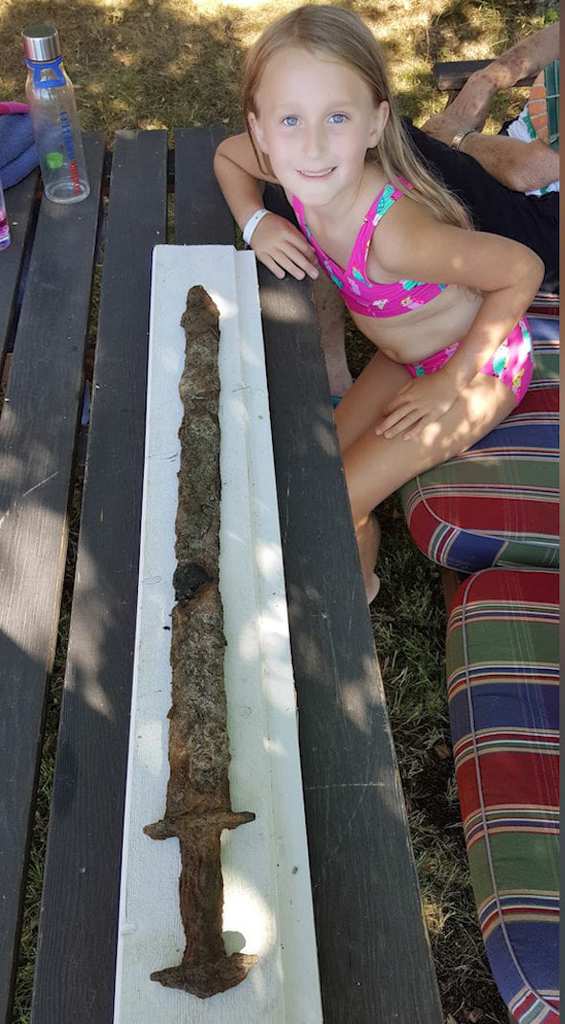 The sword is 85 centimeters (34 inches) long and was in a sheath made of wood and leather. Experts estimated that the sword is 1,500 years old. Mikael Nordstrom of the local Jonkoping County museum said the find has brought others to the lake to seek antiquities now obtainable after the drought. Eventually, someone found a broach from the 4th century. These artifacts are from an era even before the Vikings era began in the 8th century.

According to Nordstrom, archaeologists are trying to ascertain why exactly these objects were found specifically there. One theory says it was for ritualistic sacrifices. “It’s not every day that one steps on a sword in the lake!” Nordstrom exclaimed.