Many people look at a job at Google as a dream job knowing that the chances of getting hired are pretty low. Most people struggle to get noticed, even with impressive resumes and multiple degrees. However, one seven year old girl from the U.K. managed to get the attention of none other than the CEO of the company himself when she hand wrote him a letter asking for a job.

Chloe Bridgewater from Hereford, England, decided to take action and send a letter in to Google that describes her love for computers and learning. She was also excited by the prospect of working at a company that includes go-karts, slides, and bean-bag chairs. Her father, Andy Bridgewater shared Chloe’s letter with Business Insider: 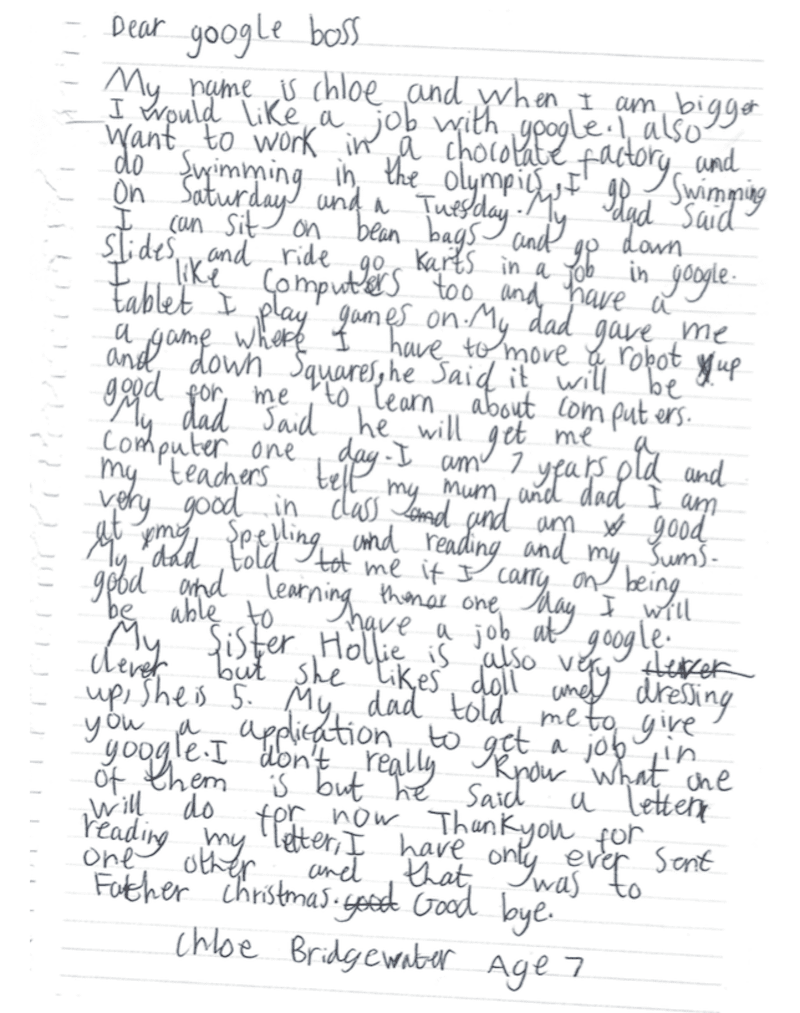 Now, Chloe’s parents happily went along with their daughter’s wishes and sent the letter in, but they probably never expected in their wildest dreams for Chloe to get a response, much less from the CEO of Google, Sundar Pinchai, himself. In his letter to Chloe, he encouraged her to pursue her dreams and said, “I look forward to receiving your job application when you are finished with school! :)” Chloe’s father Andy shared Pinchai’s letter on LinkedIn, and the post went completely viral: 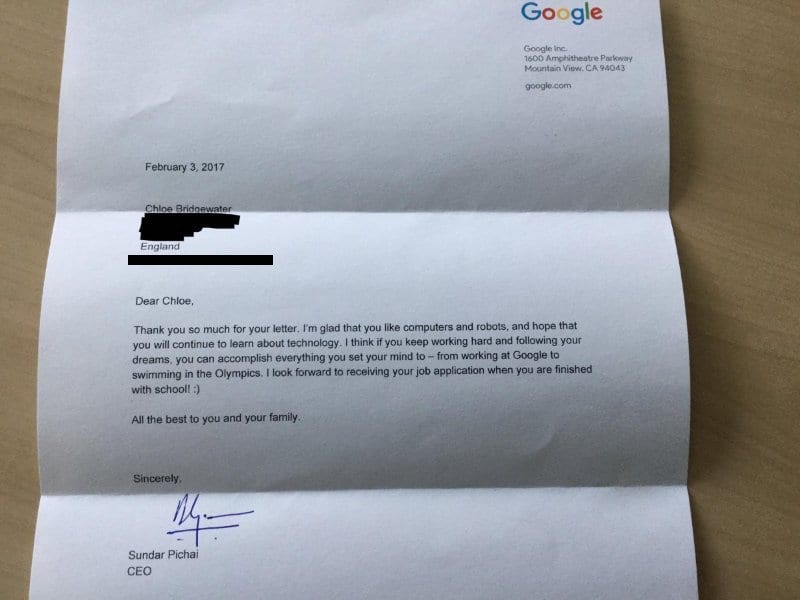 Chloe first learned about Google when she asked her father where his ideal workplace would be. He responded by saying: “Oh, Google would be a nice place to work,” citing its famous perks and the cutting-edge technological projects they are always working on. Andy currently works in sales for a company that manufactures refrigeration-system parts. As Chloe’s fascination continued to grow, she told her father that she has decided that she wants to work at Google. That was when he encouraged her to apply in order to “get the ball rolling,” and send in her letter.

Andy says that Chloe’s enthusiasm has doubled since they’ve received so much attention since getting the letter from Pichai. While Andy appreciates the attention, he still encourages Chloe to continue focusing on her studies and work on developing her skills. He said he wants to work on his own technological skills in order to catch up with her but said, “sadly, I think I’ve got to up my game.” 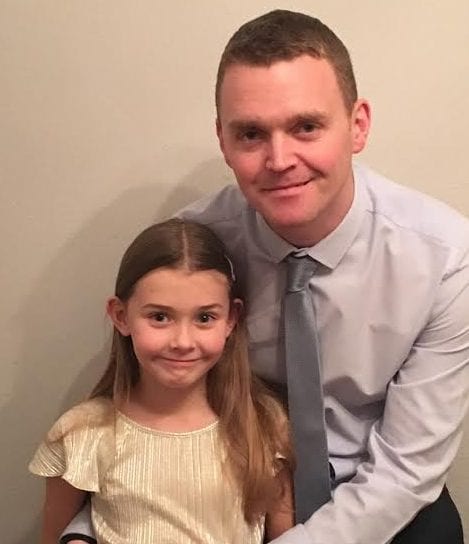 A recent act of mercy by a daring hunter was caught on video, as the man risks it all in order to ...