Kerry participated in a wreath-laying ceremony and visited the Hiroshima peace park and the Hiroshima museum. He described the visit as “gut-wrenching.” It tugs at all of your sensibilities as a human being”, Kerry remarked. “It reminds everybody of the extraordinary complexity of choices of war and what war does to people, to communities, countries, the world.” 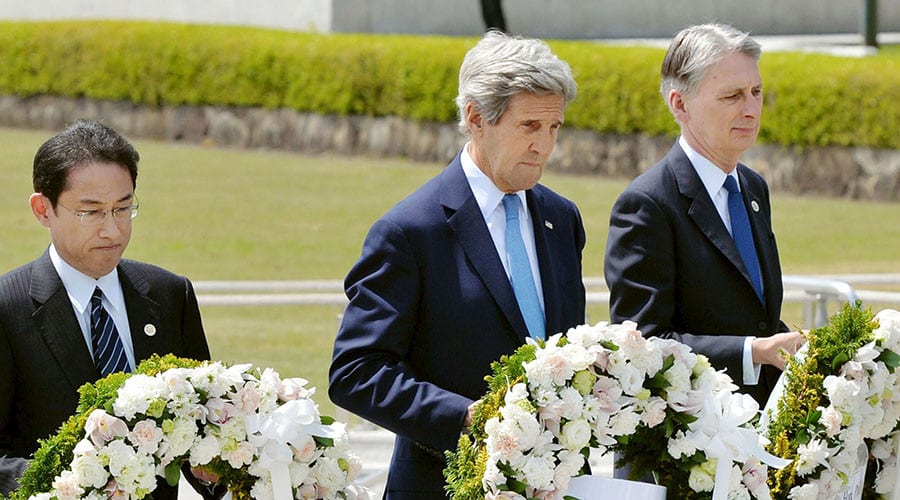 An official of the State Department said that Kerry’s visit was not in order to formally apologize for the bombing, something which the US still has not done. President Obama is also set to visit Japan in the coming month, though it is not yet clear whether he will be visiting the sites of the atomic bombings himself. Kerry commented on Obama’s upcoming trip and while he urged ‘everyone’ to visit the site, he was not sure whether Mr. Obama would make an official state visit to the park. “Everyone means everyone. So I hope one day the president of the United States will be among the everyone who is able to come here”, Kerry said. ‘Whether or not he can come as president, I don’t know,” he added.

While Kerry expressed personal pain and sympathy with the citizens of Hiroshima and Nagasaki, an official apology would allow for the possibility of restitution claims. 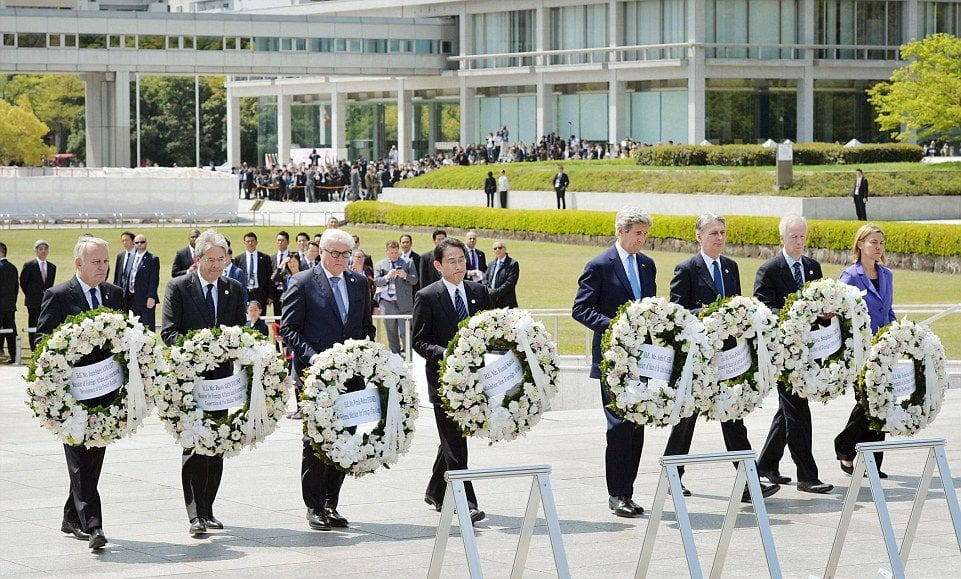