Megan Leavey is not only a United States Marine Corporal Military Police K9 handler veteran and the inspiration for the 2017 film Megan Leavey, but she is now also one of 61 veterans from across the state of New York to be honored with an induction into the New York State Senate Veterans’ Hall of Fame. The best part is that Leavey was honored along with her late best friend and canine partner, Rex. 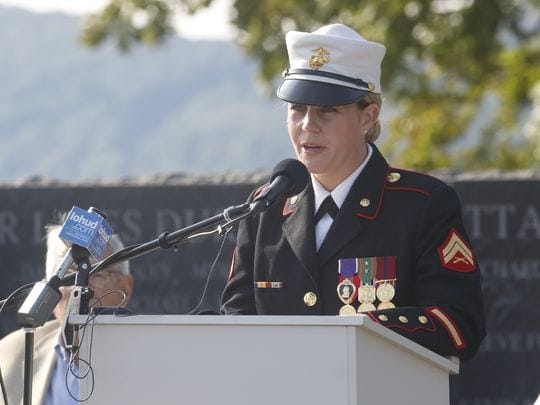 “I was so happy to be honored by the Senator, but I think what meant the most to me was that they honored Rex because, to be honest, without him I wouldn’t be here today,” explained Leavey. 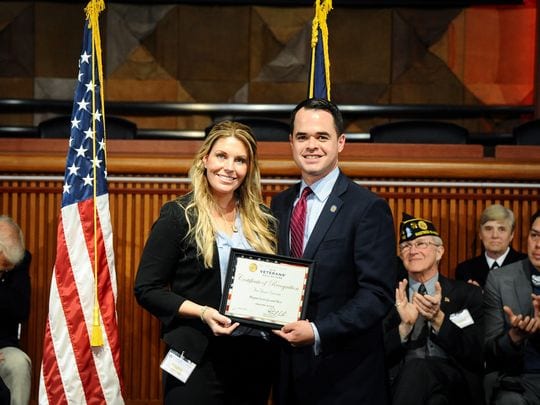 In 2006, Cpl. Megan Leavey and Sgt. Rex suffered devastating injuries after they were hit by a roadside bomb while serving in Iraq. Both Leavey and Rex were somehow able to make a miraculous recovery, helping and inspiring each other every step of the way. 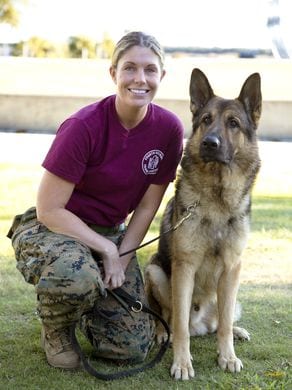 After the recovery, however, their story was nowhere near finished. Megan then needed to stand her ground and fight to keep Rex as her loyal dog after both heroes were released from the Marines. Luckily, she put up a fight and managed to keep Rex as her own for several very happy and fulfilling years, before Rex sadly passed away in December 2012.

The story of Megan and Rex’s heroism, survival, and willpower was so compelling that Hollywood came calling. In 2017, Gabriela Cowperthwaite directed a film written by Pamela Gray, Annie Mumolo, and Tim Lovestedt named after Megan herself. Actress Kate Mara stars as Leavey in the movie that tells the true and inspirational story of courage, heroism, honor, and friendship. 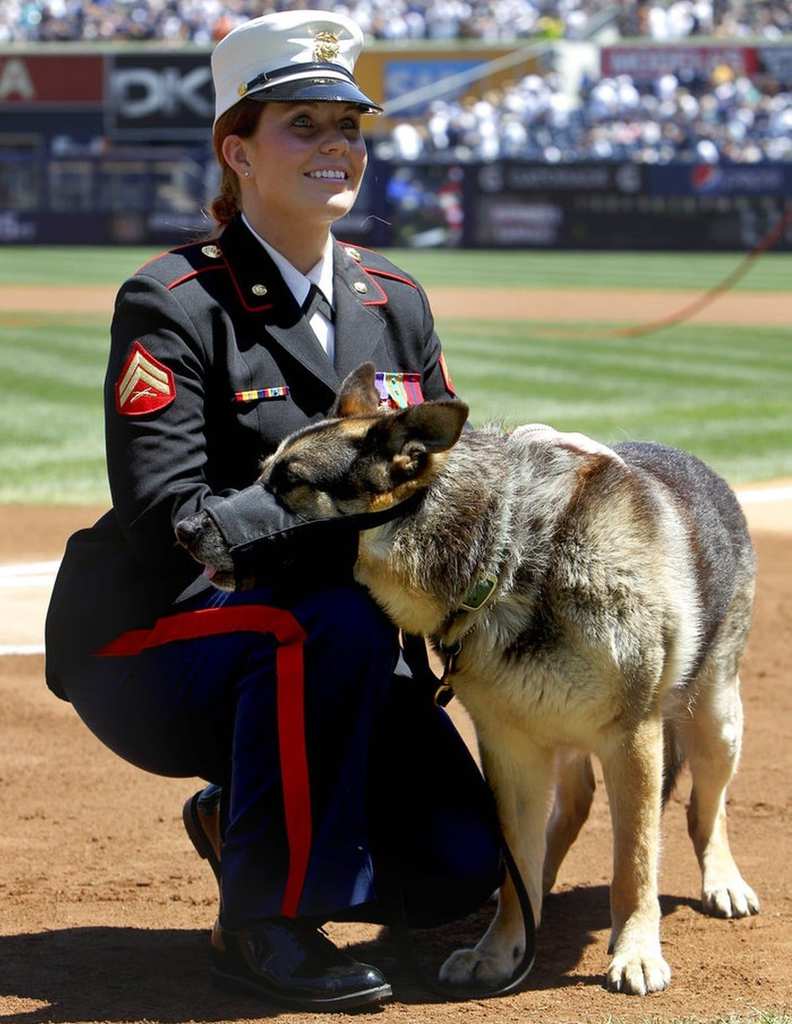 The concept of paint-ception is something that has been around for a while. There are numerous ...

The most famous highway in the United States of America is getting a serious upgrade. Route 66, ...

Wireless Charging Roads May Soon be a Reality

The future is already here in the state of Indiana! Indiana might soon have wireless charging roads ...