A nonprofit has helped a U.S. Marine from Bonita Springs, Florida reunite with a three-legged stray dog who he met while on duty in the country of Georgia. The Marine felt compelled to help the dog as soon as he laid eyes on him. 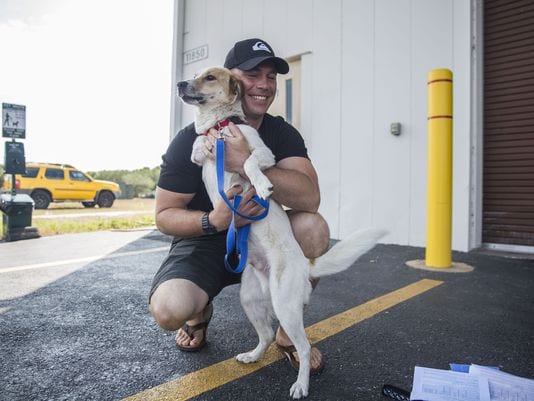 “A bone was sticking out of its foot. It couldn’t use it. It was leaving a blood trail everywhere,” Marine Billy Norris said. Despite being forced to leave the dog behind, Norris had fond memories of him.

“That night, I couldn’t stop thinking about this dog,” he said. “I woke up and told my gunnery sergeant, ‘We’re going back tomorrow and getting this dog.'” Within five minutes of arriving back in Gori, the team found the dog.

“We go back to the same place, figuring the dog couldn’t get very far dragging its feet around,” he said. “It was injured bad and starving but didn’t want to be touched. I had a 50-50 bet it would bite me.”

After luring the hound with some beef jerky, Norris picked it up and took it with him back to the capital, Tbilisi. After taking the dog to a vet, it was confirmed that it would need one of its front legs amputated. 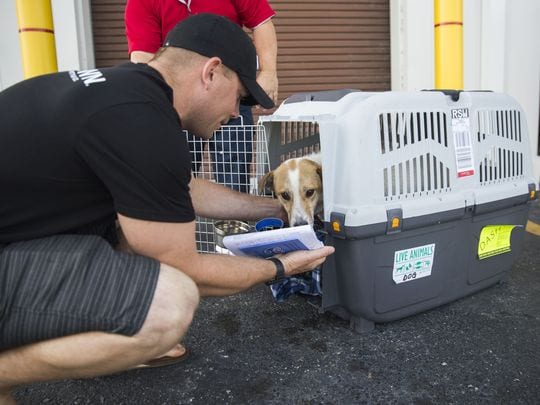 “He went from looking friggin’ rough when we found him, like a skeleton,” Norris said. “Then he started eating, and he transformed into this happy dog. I was like, ‘I wonder if I could take this thing home?'”

Norris was determined to bring Lucky back with him to Florida and stumbled across an online fundraising website. Eventually, Lucky was able to be transported from Georgia to Florida and into Norris’s arms. 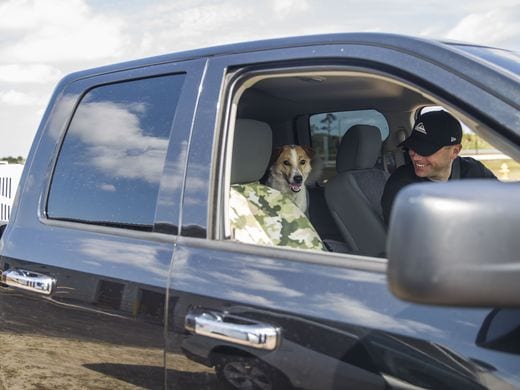 “It’s been a long process, but now he’s an American,” Norris said. “I’m so happy he’s here. Lucky made it.”

Unlucky Koala Needs Rescuing After Getting Head Stuck In Fence

An accident-prone Koala from Southern Australia has gone viral for all the wrong reasons. The ...