Everyone knows how important it is to capture those happy moments in their children’s lives. However, you do not expect to be shocked when you look over the photos. When Bianca Dickinson took an innocent photo of her daughter, she could not believe what she was seeing. Molly, Bianca’s two year old daughter, was inches from death in the Australian outback. 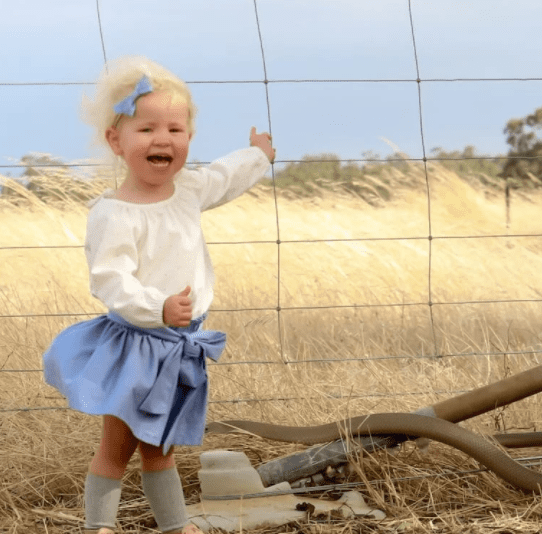 It all happened when the mother daughter duo were waiting for Molly’s older siblings to get out of school. It was just another ordinary day in Kaniva, Victoria and Bianca thought it would be nice to snap a picture of her little girl. It was then that she noticed something that made her stomach sink. In an interview, she described the situation: “It was really windy. Then I looked up out of the camera to see where the bark went and saw a big mother of a snake. I’m surprised it didn’t touch her, it was so close. I checked her for bite marks still.” 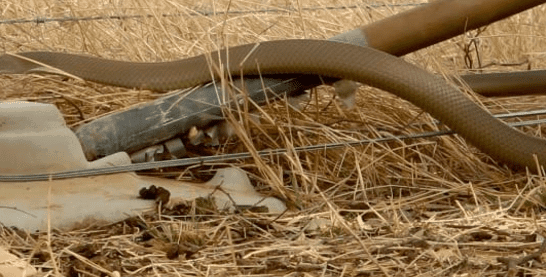 It is a lucky thing that Molly got away without being bitten. Australia is well known for its variety of snakes, but Molly seemed to find one of the more dangerous species. The snake in the picture with Molly is the Eastern brown snake, and it is known as the second most venomous terrestrial snake. 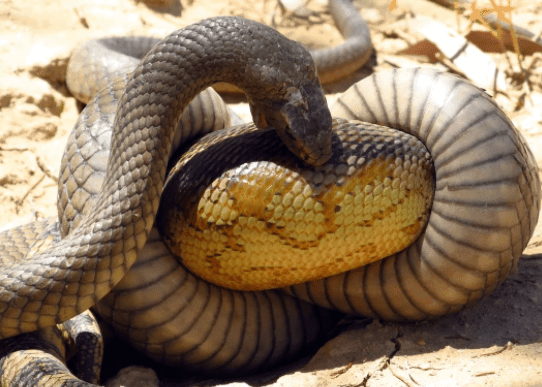 Around 60 percent of the people that have died from snake bites in Australia, have been bitten by the Eastern brown snake. Besides death, the snake’s venom can cause dizziness, convulsions, diarrhea, renal failure, collapse, and paralysis. One can never be too safe when it comes to situations like this. It is most terrifying due to the fact that there is nothing that could have been done to avoid this completely random encounter. However, the story could have gone much different, and we are glad that Molly is doing just fine.