For the first time under the new system set up by London’s new Mayor Sadiq Khan, a “very high” air pollution warning was issued for the city. Warnings signs have been posted at all public transportation hubs including bus stops, tube stations, and even along the roadsides.  The sudden rise in air pollution is attributed to an increase in cold, and calm weather, paired with a decrease in winds, meaning that the pollutants in the air cannot be dispersed, so the air isn’t being cleaned. 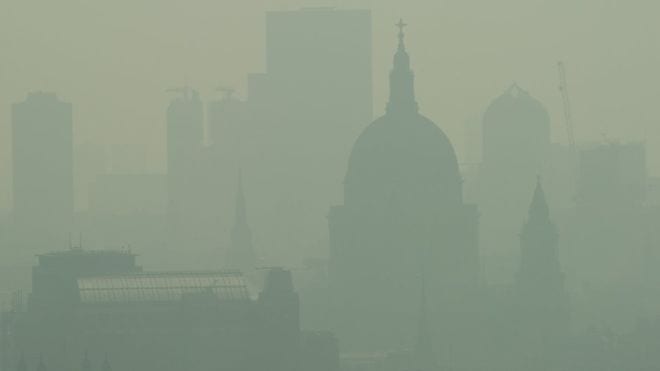 The spike in pollution which was recorded on Sunday, January 26th,  marked the highest level of air pollution recorded since April 2011. Mayor Sadiq Khan said “the shameful state of London’s toxic air” gave him no choice but to issue the alert. “This is the highest level of alert, and everyone – from the most vulnerable to the physically fit – may need to take precautions to protect themselves from the filthy air,” Khan said. 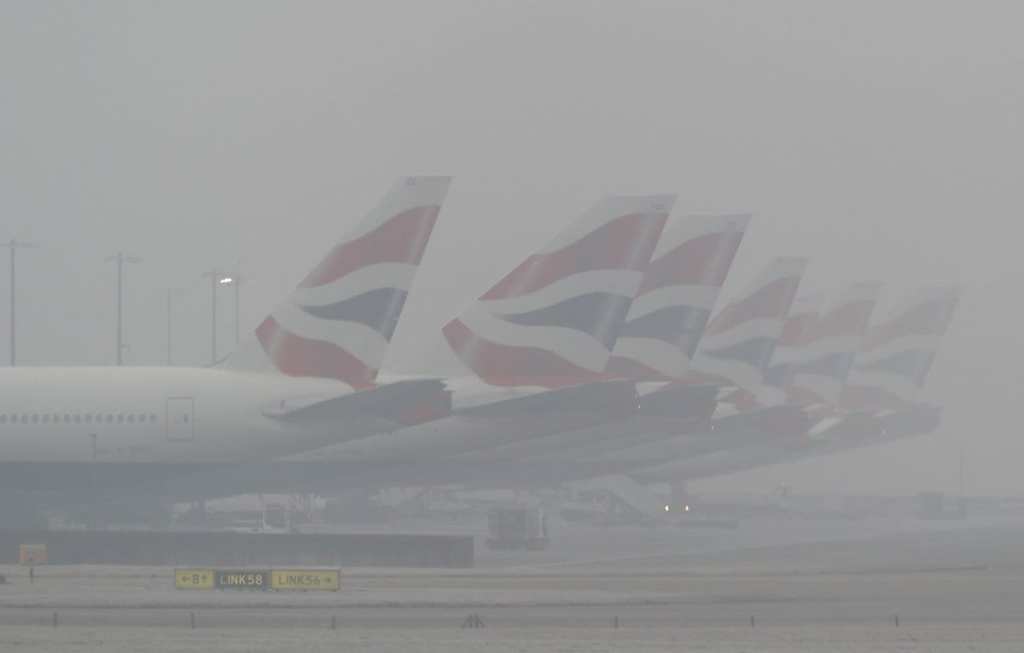 The air quality index works on a scale of numbers from one (which the lowest) to 10 (being highest). The level of air pollution in London as of yesterday has been rated a 10. The latest records of the concentrations of PM10 – airborne particles caused by the burning of fossil fuels – in the air are more than double the usual allowed legal limit.  Currently, there are 500,000 Londoners younger than 19 years-old whom live in areas that exceed air pollution limits set by the EU.

One first-hand account of the severity of the pollution was reported by a woman from South London named Susan Boix. Boix explained, “While walking the dogs today I felt so sick from the pollution and now have a sore throat. It was so bad I felt like I was in an enclosed space with a car engine running. I had to pull my sweatshirt up to cover my mouth and nose. I’ve never experienced it like that before. Now and again it’s bad but not like today. You could taste the pollution.”

The committee on the medical effects of air pollutants (COMEAP) put out an advisory to children and adults with lung and heart problems, to avoid any strenuous outdoor physical activity while the alert is still active. People who suffer from asthma may find themselves needing to use their inhaler more often than usual until the pollution levels drop back down. The alert is expected to remain active until late Tuesday.

With everything going on in the world right now, people of all ages are having to cope with ...

Park “Employs” Crows To Pick Up Trash Caused By Humans

A French theme park has trained a group of crows to pick up pieces of trash and dispose of it into ...