A Curtiss P-40 War-hawk fighter jet was pulled from the Kerch Strait after 70 years underwater this past week. The jet was leased to the Russian army from the USA in the fight against Nazi Germany and widely used by allied forces.

The Kerch Strait connects Crimea and Russia and is currently at the center of a massive construction project. Construction crews were in the midst of a $3.2 billion project to when the discovery was made. Crimea, the region seized by Russia from Ukraine in 2014 will be further integrated into the country when construction of the Kerch Strait Bridge is completed. Crews were surveying the area and water around the building site for dormant bombs and mines left over from previous conflicts when the startling discovery was made. 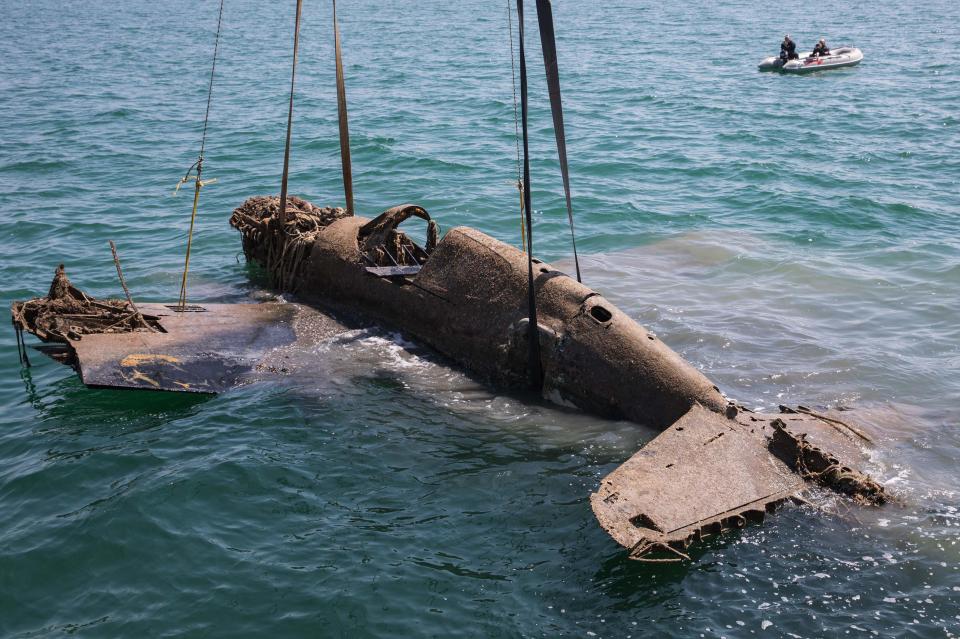 The lost relic was the most produced plane during WWII and built by the Curtiss-Wright Corporation in Buffalo, New York. The rusted out aircraft was pulled up using a borrowed crane from the construction site. Reports state that it may be used as part of a historical exhibition in the future after being restored to its original glory. 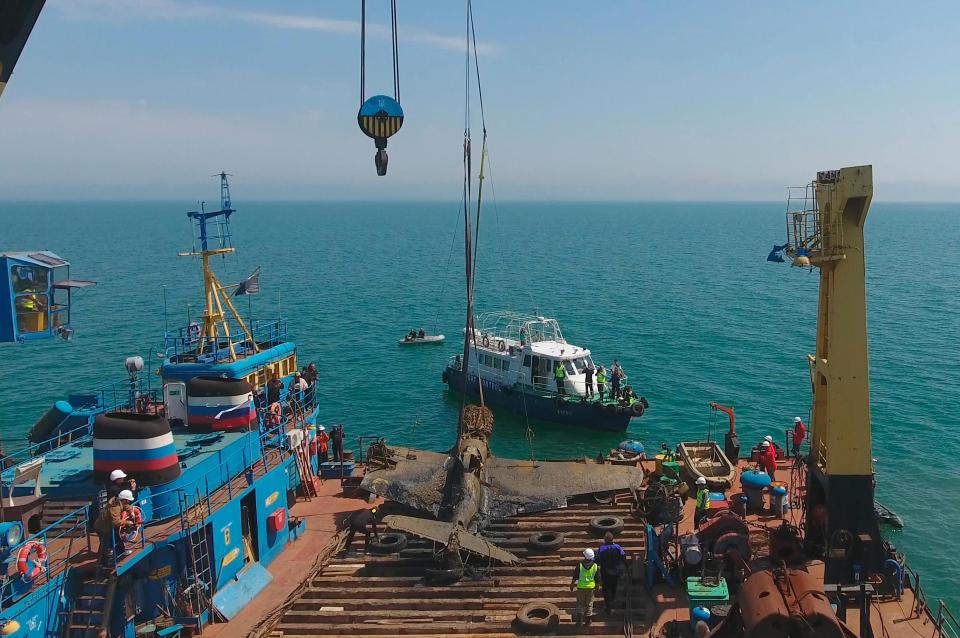 The discovery of the jet is not expected to delay the project, a project that Russian President Vladimir Putin has dubbed a “historic mission.” Officials said that in  he past week 70% of the bridge pilings were put in place and nearly a third of those needed for a parallel railway would be completed by the end of the year. The massive project is being worked on from both ends, construction crews are diligently working to link Crimea to the the Krasnodar region. 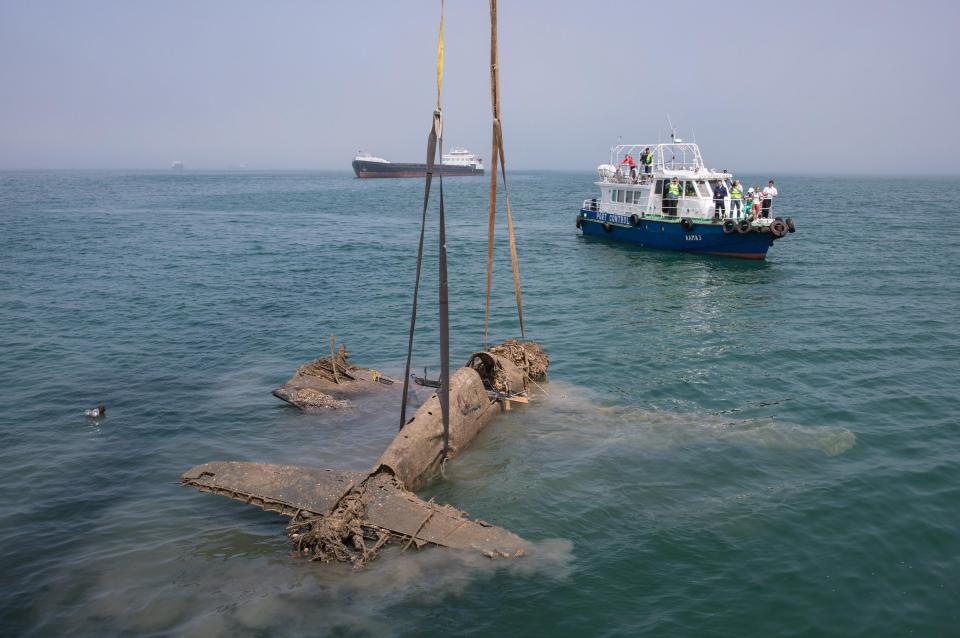